by Brandon W. Mudd
in Driver and Team Releases
0

Back in the pits after the run, Zizzo had nothing but good things to say about Sunday’s efforts and Kalitta, who would go on to win the Top Fuel Wally later in the day.

“This race was what it was,” he said. “We ran good, we got a great bracket car. We’re putting it away for the year. Doug Kalitta is a tough customer and I hope he wins the championship.”

Zizzo, who also had his wife, Jen, and kids, Maddie & Nick, at the track with him for the entire weekend, paid off a debt to fellow NHRA Top Fuel pilot, Justin Ashley.

Prior to the delayed SummerNationals finals where the two met last month prior to the US Nationals, a pizza wager was made on Joe Castello’s WFO Radio. With Ashley taking the win on the track, Zizzo had to pay up with some pies. 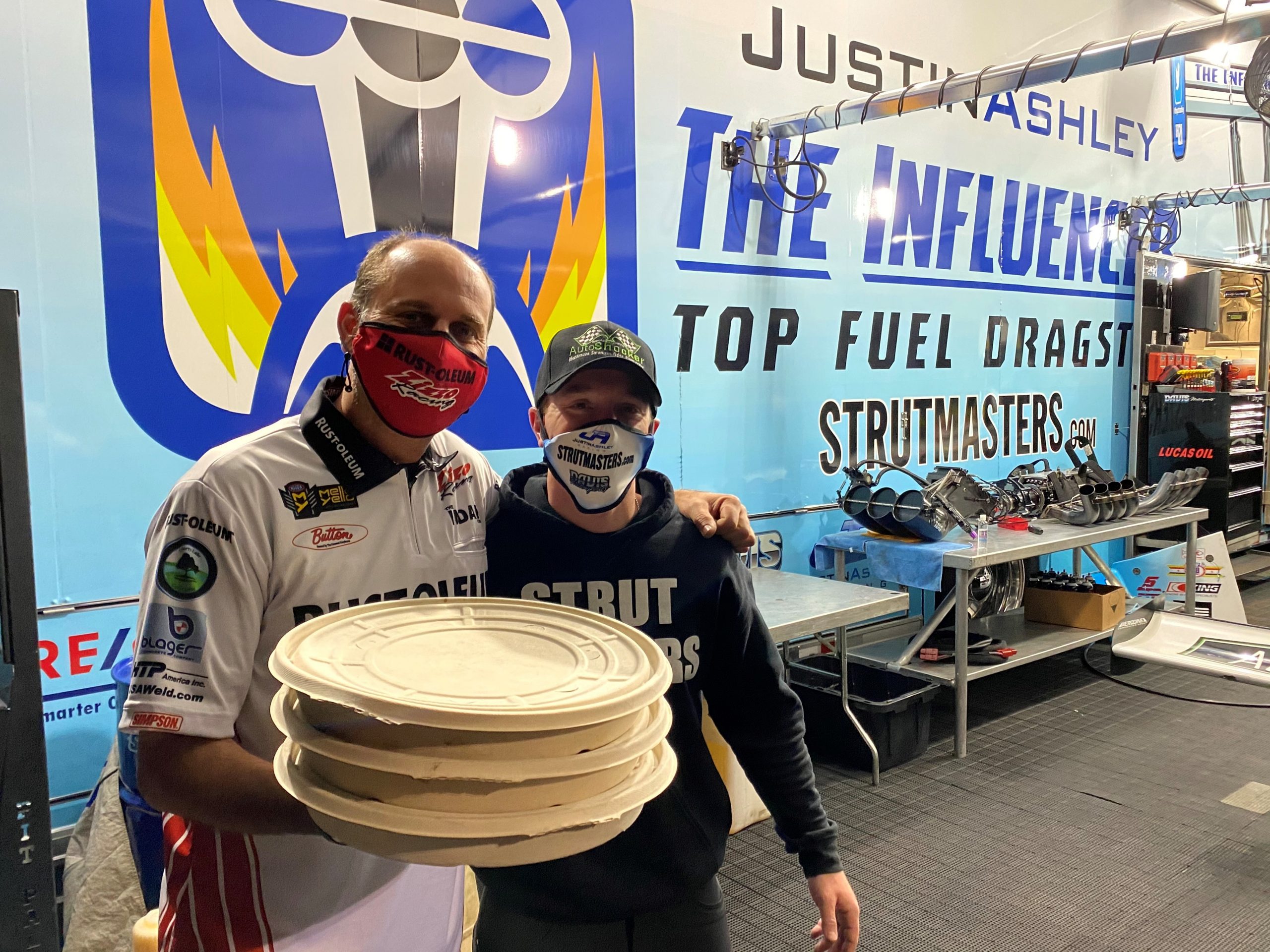 “I’ll tell all the fans time and time again, Justin’s a good young man,” Zizzo said. “He’s good for the sport, that team works really hard. I repaid my debt! I don’t like owing anybody anything. It was really cool to repay that debt.”

However, TJ did withhold some information. “It wasn’t Chicago-style pizza because we’re in St. Louis and you know St. Louis pizza isn’t the same. Hopefully the team liked it. And of course, the pizza arrived as we were heading to the staging lanes, so they got cold pizza. I didn’t tell them it was going to be hot and timing is everything!”

Zizzo By The Numbers:

It was announced Sunday that Camping World, the nation’s largest retailer of recreational vehicles (RVs), RV accessories, and RV-related services, has partnered with the National Hot Rod Association to become the sponsor of NHRA’s premier professional series, which will be known as the NHRA Camping World Drag Racing Series.

“Camping World, how cool is that?” Zizzo said. “I don’t know how many people know this, but the Camping World headquarters is in my back yard! We are located in Lincolnshire, Illinois, and so are they. We work on some of their employees’ vehicles at our body shop. Small world, good world!

“(NHRA) is a good space for them. I think this sport is changing. Sometimes, people think it’s for the worst, but sometimes it can be for the better as well.”

Zizzo Racing has wrapped up its schedule for the season and would like to thank its fans, families, and marketing partners for the most competitive year in the team’s history of racing NHRA.

Fans of TJ Zizzo and Zizzo Racing can find updates and photos of the Rust-Oleum Top Fuel team by checking out ZizzoRacing.com, Twitter at @ZizzoRacing, Instagram at @TJZizzo, and Facebook.com/TJZizzo.

About Zizzo Racing: Zizzo Racing has been involved in drag racing at the top levels for more than 30 years. Based in Lincolnshire, Ill. and owned by Tony Zizzo, the team started racing in 1980 in the Top Alcohol Dragster class, moving to nitro with TJ in 2004 after earning his class license. In 2007, TJ Zizzo finished second in the final IHRA standings and now competes on a part-time basis in the NHRA Mello Yello Series.