by Wally Nesbitt
in Breaking News
0

@Pirelli_Media • @Pirelli • @pirellisport • Milan, IT – The 2015 Pirelli Calendar was presented today to the press, guests and collectors from around the world at Pirelli HangarBicocca, the Pirelli contemporary art space in Milan. Milan was chosen as the venue with the aim of showing an iconic object with the “Made in Italy” label in the city that in 2015 is to be the flagship of Italy in the world when it hosts the Expo Milano 2015 international exhibition.

The creator of the forty-second edition of The Cal™, Steven Meisel is one of the world’s most successful fashion photographers, and is known for his eclectic but also reserved personality. In an intense five-day shoot last May in a New York studio, Steven Meisel brought the absolute centrality of women back to the Pirelli Calendar in its most classic format, 12 months in 12 shots (plus the cover).

In his photographs, Meisel brings us some of the key aesthetic models of our time – advertising icons, stars of the silver screen, the explicit rebelliousness of fashion – once again demonstrating his great skill in transforming the subjects of his own images. The photographer was assisted in this work of transformation by the styling team led by Carine Roitfeld – the former editor of Vogue France and long at the forefront of the fashion system – and by Pat McGrath, one of the world’s most famous make-up artists. 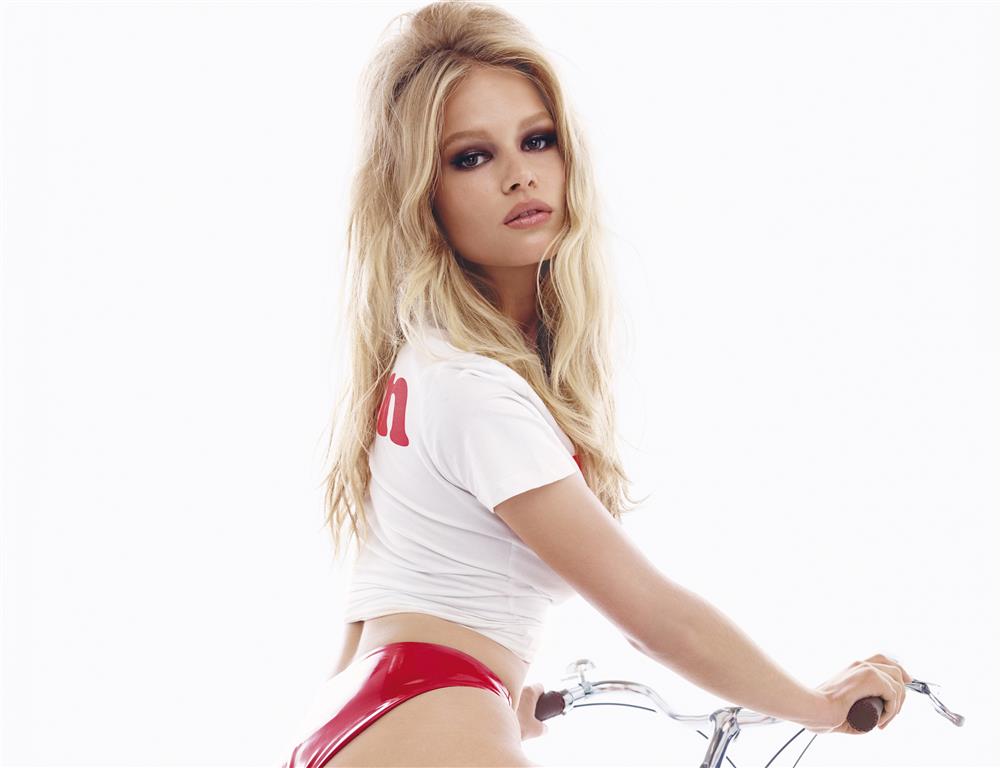 With his astonishing creative talent and ability to interpret fashion trends, Meisel has captured some of the most representative icons of today’s society in his highly colorful images: “In my opinion”, says Meisel, “these are the key aesthetic models of today’s world. They represent the stereotypes that the fashion and star system impose upon us right now. I didn’t want to make a conceptual calendar, or link it to some particular location, but rather to create 12 posters in which women, in all their sensuality, are the absolute protagonists of 12 very different images. Since I wanted to limit the use of clothes and accessories and since I had absolute creative freedom, I found it very exciting to play with the colors, the makeup, and the materials. It was a very rewarding experience.”

This year’s Calendar year is titled Calendar Girls 2015, and the 12 girls in question are top and emerging models: the Americans Gigi Hadid, Candice Huffine, Carolyn Murphy (who also appeared in the 1999 Calendar by Herb Ritts) and Cameron Russell, the Brazilians Isabeli Fontana (who was in the Pirelli Calendars by Bruce Weber in 2003, Patrick Demarchelier in 2005, Peter Beard in 2009, Karl Lagerfeld in 2011, Mario Sorrenti in 2012, and by Steve McCurry in 2013), Adriana Lima (who was in the 2005 Pirelli Calendar by Patrick Demarchelier and in 2013 by Steve McCurry) and Raquel Zimmermann. Then there is Karen Elson from England (photographed in 2006 by Mert and Marcus), the Puerto Rican Joan Small (in the 2012 Pirelli Calendar by Mario Sorrenti), the Russians Natalia Vodianova (also in the 2003 Pirelli Calendar by Bruce Weber, in 2004 by Nick Knight and in 2006 by Mert and Marcus) and Sasha Luss, as well as Anna Ewers from Germany.

The launch of the 2015 Calendar comes just a few days before the opening of the Forma e Desiderio – The Cal ™ Collezione Pirelli exhibition, which will be held at the Palazzo Reale in Milan from 21 November to 19 February 2015. Promoted by the City of Milan-Culture under the patronage of Expo Milano 2015, and organized and produced by the Palazzo Reale and GAmm Giunti, the exhibition has been made possible thanks to the fundamental contribution of Pirelli, which has opened up its fifty-year archive of The Cal™ for the display.

No photographer in the world would not want to make the Pirelli Calendar. There is fierce rivalry to secure the job and only the finest creators of images are selected. What makes it so coveted? A long history and tradition, built up by the vision of the greatest artists, creative freedom and an adequate budget, along with the underlying theme of sensuality and provocation, make the Pirelli Calendar the ultimate dream job.

When Steven Meisel was contacted to shoot the 2015 Pirelli Calendar, he was asked what his ‘concept’ was. Pirelli naturally has a series of requirements in terms of communication and, since the Calendar is extremely exclusive and highly prestigious, it needs to know the artist’s point of view. At the same time, one essential aspect of the project is that the photographer must have absolute freedom to bring about his or her own creative idea.

So how did Steven reply? With total creative freedom and all the support he needed, where would he take his inspiration from? In a sense, the answer is obvious. What has always inspired Steven throughout his amazing career is, quite simply, the portrait of a model, be it a woman or a man. Steven is famous for his unique ability to discover beauty, often in places where no one would think of looking, or would be able to see it and, with all the means at its disposal – hairstyling, makeup, clothes, lighting and so on – managing to transform a model into a personality, a trend-setter or a star.

Steven thus chose twelve women who were able to inspire him to create twelve iconic images, each of which focuses on the woman herself. There was no particular reason behind the choice of the twelve models, other than then fact that, at that time, and bearing in mind the differences between them, they were the women he felt were right for the Pirelli Calendar. He felt he would be able to portray them, creating powerful images that would be memorable and unique. Steven is always in full control of his own vision and of the elements that compose it and, perhaps better than anyone else in the field of image creation, he knows how much a particular make-up or styling can help create a look. However, even though he is indeed the project director, he also has a real sense of teamwork. And then the most exciting aspect of the Pirelli Calendar, which is at the heart of the creative freedom it offers, is that the images do not portray either products or brands.

In giving concrete form to Steven’s vision in the 2015 edition of the Pirelli Calendar, a fundamental part was played not only by the work of Pat McGrath and Guido Palau, but also by the inspiration that Carine Roitfeld managed to bring into the project. Carine was able to use the elements of fashion just as she wished, helping bring about Steven’s vision and thus the creation of each iconic image. In each picture, the focus was reduced to a minimum in order to concentrate on the model and to convey her beauty, thus making the elements she chose absolutely fundamental. The underlying theme chosen by Carine and Steven was the use of latex – glossy, sensual and bold – as a sort of visual punctuation mark between one image and the next. So, in the end, what was Steven’s ‘concept’? Quite simply: 12 fabulous women, portrayed and transformed by Steven Meisel’s lens into 12 unforgettable beauties, 12 iconic portraits that, together, make up the 2015 Pirelli Calendar.

Jimmy Moffat is one of the three founding partners and current managing director of Art + Commerce, a talent agency that represents and supports some of the most famous fashion photographers, stylists and makeup artists in the industry.

From Pirelli Public Relations, US