After contesting two events this spring in Ontario, the Micra Cup family will reunite at Circuit Mont-Tremblant in Quebec, where the inaugural rounds of the series were first held back in 2015. As one of the highlights of the summer, the Circuit Mont-Tremblant’s Summer Classic, draws thousands of spectators and families to watch the Micras end the first half of their season in the heart of the Laurentian mountains. 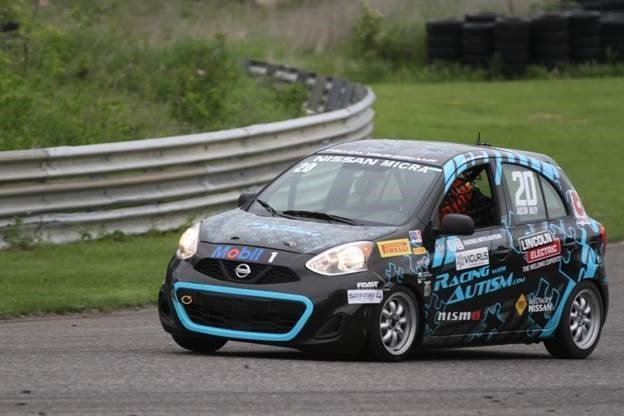 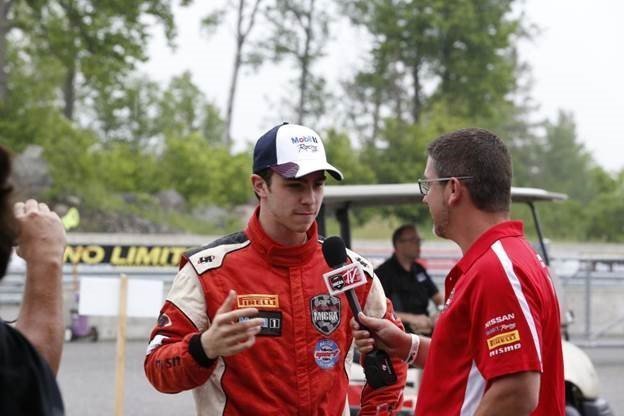 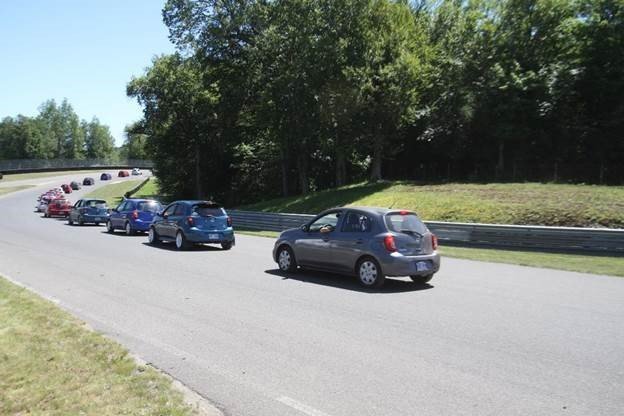 With three victories in four events, two-time champion Olivier Bédard (2015, 2017) is the standings’ favourite heading into the season’s midway point. He still has a challenge ahead though – keeping Kevin King at bay. With his victory at Canadian Tire Motorsport Park in May, King was only driver to successfully block Bédard from a perfect record in the first four events. He is also the only driver who can dethrone Bédard from the championship lead by the end of the weekend.

Third place driver and Senior Class leader Normand Boyer, as well as fourth place driver Valérie Limoges, will also be among drivers to watch vying for victory. Rounding out the overall top-five is Frédéric Bernier, who has been the surprise driver through the start of the season. The Quebec City racer got his start in motorsports through the Nissan Micra Cup and has continued to progress through the ranks in the first four races. Bernier is just one point ahead of Fadi Mourad, the top Novice driver.

Another competitor to follow at the Circuit Mont-Tremblant is 19-year-old Austin Riley. The young driver with autism made his series debut last year and has had a great start to his second season, battling in each race against much more seasoned drivers. Riley is currently in seventh position in the championship standings and will be attempting to claim his first podium finish this weekend.

The Summer Classic will also be the motorsport debut for four rookie drivers. André Lapointe, Frédéric Bouthillier, Perry Wener and Éric Chaput will all contest for the top rookie spot of the weekend.

In addition to the action on the track, fans will also have the chance to get up close to the Nissan Micra Cup drivers and team members in the paddocks at Circuit Mont-Tremblant. Canadian Micra owners can attend the event free of charge – with Nissan offering two entry tickets for each owner – and can also participate in a parade lap on the track on Saturday and Sunday.

Nissan Micra Cup drivers will take to the track six times between July 27-29. There will be two practice sessions on Friday, a qualifying race on Saturday at 9:30 a.m. and the first 30-minute race to follow at 1:30 p.m. Sunday will begin with qualifying rounds at 9:00 a.m. in preparation for a 1:35 p.m. race.

For more information on the Nissan Micra Cup, visit: www.micracup.com.

About the Nissan Micra Cup
Sanctioned by Auto Sport Québec (ASQ) and presented by JD Promotion & Compétition with the support of Nissan Canada, the 2015 Nissan Micra Cup exclusively featured the stock Micra 1.6 S M/T model with minor modifications, including racing suspension – to render it race-ready.

Unlike most motorsport events, each competing Nissan Micra race vehicle had the exact same specifications, resulting in a competition that truly revealed the most skilled drivers. The 2015 Nissan Micra Cup race vehicles were equipped with the Nissan Micra’s stock 1.6-liter DOHC 4-cylinder engine with dual fuel injection and Twin CVTC (Continuously Variable Timing Control) and stock 5-speed manual transmission. In its inaugural season, more than 25 Nissan Micras competed on each race weekend which included two hours of track time consisting of: a 30-minute trial, a 30-minute qualifying session and two 30-minute races.

Young karting drivers, the average Canadian looking for an entry point into motorsport competition, or anyone who wants to experience the rush of adrenaline inherent with racing cars are all well-suited to this series. In summary, the Nissan Micra Cup is for people who are passionate about motorsports, want to experience all the fun and thrills of racing, but without spending staggering amounts of money.

For more information on the Nissan Micra Cup, please go to the website Nissan.ca/MicraCup.

About the Nissan Micra
In 2014, the Nissan Micra returned to Canada after 23 years as an all-new model, offering Canadians unbeatable value with the lowest starting Manufacturer’s Suggested Retail Price (MSRP) in Canada at $9,998. One item that sets the 2015 Micra apart is its agility. Micra is easy to drive and park, thanks to excellent all-round visibility and turning radius, electric power steering and a power to weight ratio that surprises. Powering the front-wheel drive Micra is a DOHC 1.6-litre 4-cylinder engine rated at 109 horsepower @ 6,000 rpm and 107 lb-ft. of torque @ 4,400 rpm.

About Nissan Canada Inc.
Nissan Canada Inc. (NCI) is the Canadian sales, marketing and distribution subsidiary of Nissan Motor Limited and Nissan North America, Inc. NCI directly employs 306 full-time staff across offices in Vancouver (BC), Mississauga (ON), and Kirkland (QC). There are 200 independent Nissan dealerships, including 45 that also act as Nissan Commercial Vehicles dealers, and 42 INFINITI retailers across Canada. A pioneer in zero emission mobility, Nissan made history with the introduction of the Nissan LEAF, the first affordable, mass-market, pure-electric vehicle and winner of numerous international accolades including the prestigious 2011 European Car of the Year and World Car of the Year awards.

More information about Nissan in Canada and the complete line of Nissan and INFINITI vehicles can be found online at www.nissan.ca and www.INFINITI.ca.

About Nissan North America
In North America, Nissan’s operations include automotive styling, engineering, consumer and corporate financing, sales and marketing, distribution and manufacturing. Nissan is dedicated to improving the environment under the Nissan Green Program and has been recognized annually by the U.S Environmental Protection Agency as an ENERGY STAR® Partner of the Year since 2010. More information on Nissan in North America and the complete line of Nissan and INFINITI vehicles can be found online at www.NissanUSA.com and www.INFINITIUSA.com, or visit the U.S. media sites NissanNews.com and INFINITINews.com.

About Nissan Motor Co., Ltd.
Nissan is a global full-line vehicle manufacturer that sells more than 60 models under the Nissan, INFINITI andDatsun brands. In fiscal year 2017, the company sold 5.77 million vehicles globally, generating revenue of 11.9 trillion yen. On April 1, 2017, the company embarked on Nissan M.O.V.E. to 2022, a six-year plan targeting a 30% increase in annualized revenues to 16.5 trillion yen by the end of fiscal 2022, along with cumulative free cash flow of 2.5 trillion yen. As part of Nissan M.O.V.E. to 2022, the company plans to extend its leadership in electric vehicles, symbolized by the world’s best-selling all-electric vehicle in history, the Nissan LEAF. Nissan’s global headquarters in Yokohama, Japan, manages operations in six regions: Asia & Oceania; Africa, the Middle East & India; China; Europe; Latin America; and North America. Nissan has partnered with French manufacturer Renault since 1999 and acquired a 34% stake in Mitsubishi Motors in 2016. Renault-Nissan-Mitsubishi is today the world’s largest automotive partnership, with combined sales of more than 10.6 million vehicles in calendar year 2017.