#NASCAR • @Pintysfoods • @NASCARonTSN • TORONTO, ON – For the 10th consecutive season, Inside Track Communications will produce the official series program for Canada’s NASCAR series. This year’s NASCAR Pinty’s Series program will feature a complete redesign and will celebrate the start of a new era for Canada’s professional stock car racing series.

The programs will be distributed free to race fans – from the NASCAR Souvenir Trailer and in VIP and hospitality areas – at NASCAR Pinty’s Series races across Canada. It will also be available as a free digital download at NASCAR Home Tracks (NASCAR.ca), TSN.ca and at InsideTrackNews.com. And for the first time ever, the NASCAR Pinty’s Series program will be available to racing fans, across the country, on better newsstands.

“The 2016 season is very special for several reasons,” said NASCAR Pinty’s Series Director Alex Nagy. “It’s the 10th season of competition for Canada’s NASCAR series and we’re very excited to be starting a new era with Pinty’s as the series’ entitlement sponsor. We’re also looking forward to working with Inside Track to produce an all-new program that is an entertaining and informative representation of our series.” 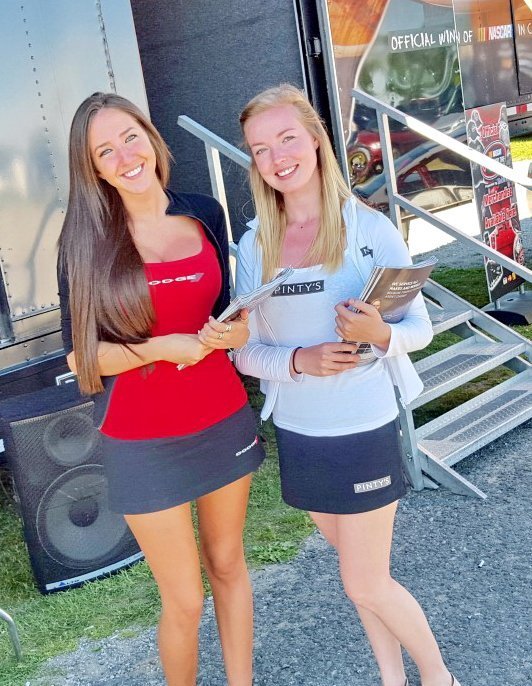 Discussing the official program, Tony Spiteri (VP – Marketing / Research & Development for Pinty’s Delicious Foods) said, “The professionalism of the racers, teams, venues and sponsors has always been a hallmark of Canada’s NASCAR series. Inside Track does an excellent job of reflecting that professionalism in the series’ program and in their magazine. We’re excited to be the sponsor of the NASCAR Pinty’s Series and we’ll be proud to see our advertisement for Pinty’s wings in the series’ official program.”

Inside Track co-publisher Greg MacPherson said, “The NASCAR Pinty’s Series is our main editorial priority in Inside Track and it’s an honour to be working with NASCAR for a 10th consecutive season on the official series program. For 2016, the publication will have a whole new look. It will include all of the interesting and useful information that fans have come to expect and rely upon as part of their day at the track. And the fact that the program is sought out by so many race fans presents an excellent opportunity for sponsors, advertisers and teams to be included in something that the fans will read at the track, take home with them, and continue to reference for months and years to come.”

For more information about the official 2016 NASCAR Pinty’s Series program, including advertising rates and deadlines, please email ads@insidetracknews.com or call (416) 962-7223.