#NCATS • @Sunset_Speedway • @tagliani • INNISFIL, ON – Alex Tagliani has had a winning car more than once since his return to the NASCAR Canadian Tire Series presented by Mobil 1 in 2014, but couldn’t close the deal. He left no doubt Saturday at Sunset Speedway.

Tagliani became the first driver in series history to have the entire field lapped at the finish as he captured the checkered flag in the inaugural Leland Industries 300 presented by Johnsonville in dominant fashion behind the wheel of his No. 18 EpiPen/CGI/CanTourque Chevrolet.

It was the second career series victory for Tagliani, who last won on July 26, 2008 at Edmonton City Centre Airport. This was just the 27th Canadian Tire Series start for the native of Lachenaie, Quebec.

Jason Hathaway, last week’s winner at Autodrome Chaudiere, finished a lap down in second with rookie Cayden Lapcevich in third. Scott Steckly was two laps down in fourth with J.F. Dumoulin fifth. 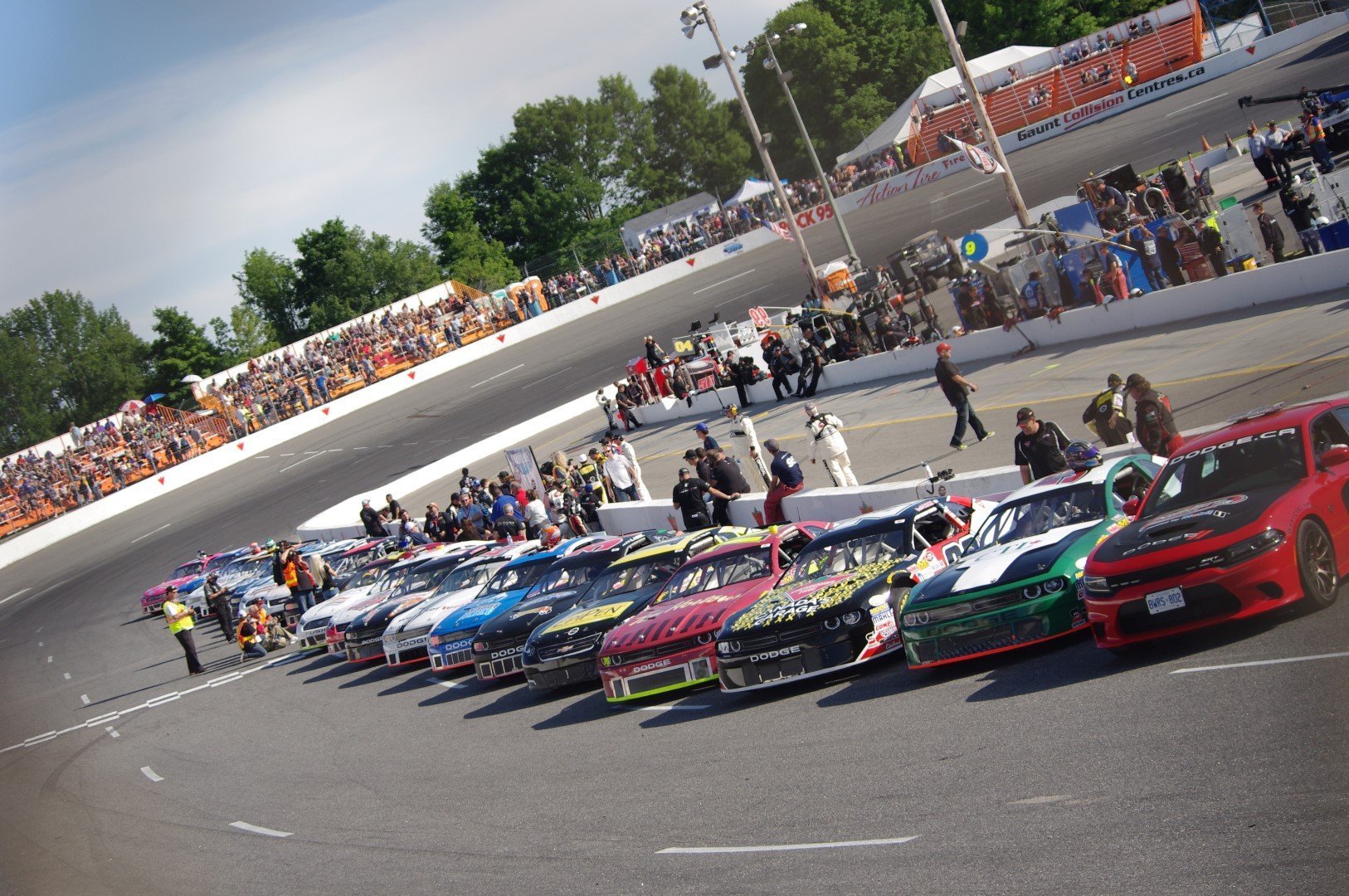 The race was green flag Lap 21 to Lap 287, which led to the field easily getting strung out on the .333-mile oval. Even though Hathaway received the free pass under the last caution, he had no shot to challenge Tagliani with just a few laps left in the race as he would have had to restart at the tail end, so he elected to pit for fuel along with everyone else and protect his position. Thus, even with the late-race caution, Tagliani’s victory was essentially a foregone conclusion.

The Canadian Tire Series will return to the track on July 5 for the Ecko Unlimited 100 at Circuit ICAR in Mirabel, Quebec.