DELAWARE, ON – It was an action-packed weekend for the last three races of the season at the Delaware Speedway oval. Louis-Philippe Dumoulin and the #47 WeatherTech Canada | Groupe Bellemare team showed up with confidence, both mechanically and in terms of driving talent, but nothing was won.

Ninth on the grid for the first two races and tenth for the last race, the veteran fought hard to accumulate as many points as possible. This strategy paid off as the team won its third championship (2014 – 2018 – 2021). What a great way to mark the tenth year of partnership with WeatherTech Canada and more than twenty with Groupe Bellemare!

Emotions were running high at the podium as the team celebrated their achievement. Of note, all three of Louis-Philippe Dumoulin’s championships have been won with all-Quebec race-preparation teams (2014 with King Autosport – Martin Roy | 2018 and 2021 with Dumoulin Competition).

“Unique, epic, I can’t believe we did it again! Thanks to my partners WeatherTech Canada and Groupe Bellemare, so grateful; the NASCAR Pinty’s Series, everyone involved at Dumoulin Competition, the fans. I know it’s been a tough couple of years, but here we are, 2021 champions. Our team has done an amazing job, everyone at home, it’s unbelievable. I would also like to thank all those who could not be here with us and my brother, Jean-François, because this championship belongs to you too. You are all in our thoughts. We’re going to celebrate tonight and we’re all going to celebrate together,” explained Louis-Philippe Dumoulin. 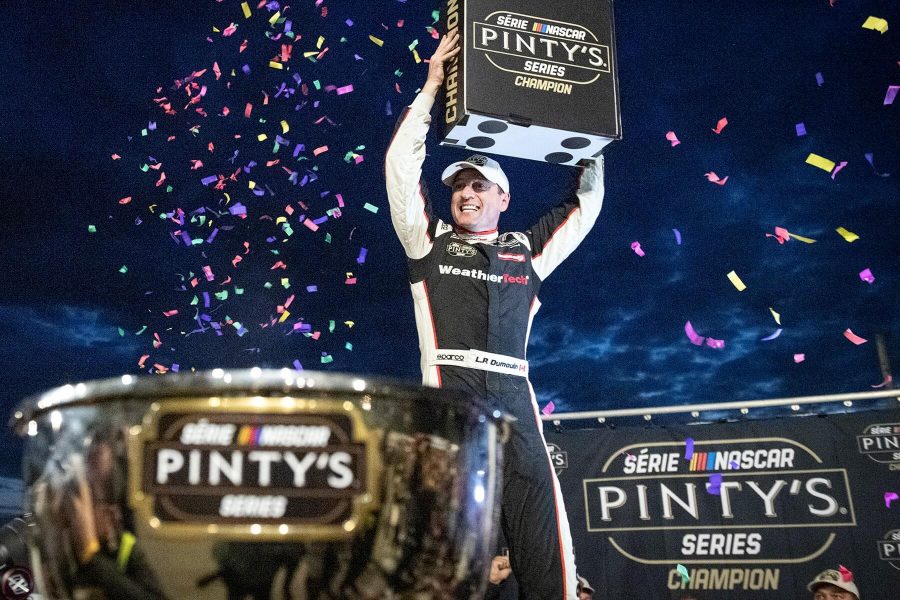 Practice and Qualifying: “We could have set a better time in practice, but we’re happy with the race set-up as it’s good for speed at the end of the race. Turn 3 was a bit problematic on my second lap in qualifying, which cost me one or two tenths of a second,” explained the driver who qualified in ninth position for the start of the first race of the weekend.

Race: Louis-Philippe Dumoulin started on the inside of the grid from ninth position and fluctuated between tenth and sixth place in the race, which was punctuated by four caution periods (covering 30 laps). The agility of his driving in traffic on each restart enabled him to maintain the pace and his position.
“The car was well set up for the colder evening weather and I was patient in the early stages of the race, keeping myself in position, close to the leaders. However, on my last restart, from the outside lane, with less than ten laps to go in the race, I lost two positions and we finished eighth.”
“We have collected important points for the championship, and we will all work on the car all day tomorrow to come back even stronger for the two races on Sunday. With a full house in the stands, the atmosphere was great it’s good to get back to normal short track racing,” said the driver now just five points behind the championship leader.

Louis-Philippe Dumoulin and the #47 WeatherTech Canada | Groupe Bellemare team started from ninth on the quicker inside lane and worked their way up to fourth. The veteran driver then played the perfect race strategy, taking advantage of all the incidents and caution periods (nine caution periods including one red flag). The race ended in overtime. Louis-Philippe Dumoulin, who restarted for the last run to the finish from 4th place in the outside lane, crossed the finish line in 6th place, giving him a seven-point lead in the drivers’ standings. However, it’s not all over yet, there is still a 150-lap race to go!

Race 3 – Pinty’s Fall Brawl 150 – 6th place and 2021 NASCAR Pinty’s Series CHAMPION
After setting the 10th fastest time in the first race of the day, Louis-Philippe Dumoulin and his #47 WeatherTech Canada | Groupe Bellemare car started in the outside lane, a dangerous position in a tight group of drivers that jostle for position and often cause incidents. Louis-Philippe Dumoulin’s mission was to turn his 7-point lead into a 2021 NASCAR Pinty’s Series championship.

“It was very difficult to start the weekend 11 points behind. We came to Delaware second in the driver standings. Alex Tagliani was very fast and did a great job all season long. D.J. Kennington was also close in terms of points in the standings. We focused all weekend to achieve our goal. The team got together and thought about the right adjustments to make to the car to win. The WeatherTech Canada | Groupe Bellemare team was great. We improved the car throughout the weekend until we had what we needed today to win the title. I’m very proud because we worked as a team like never before during these three days,” concluded Louis-Philippe Dumoulin, so grateful to his team at Dumoulin Competition. 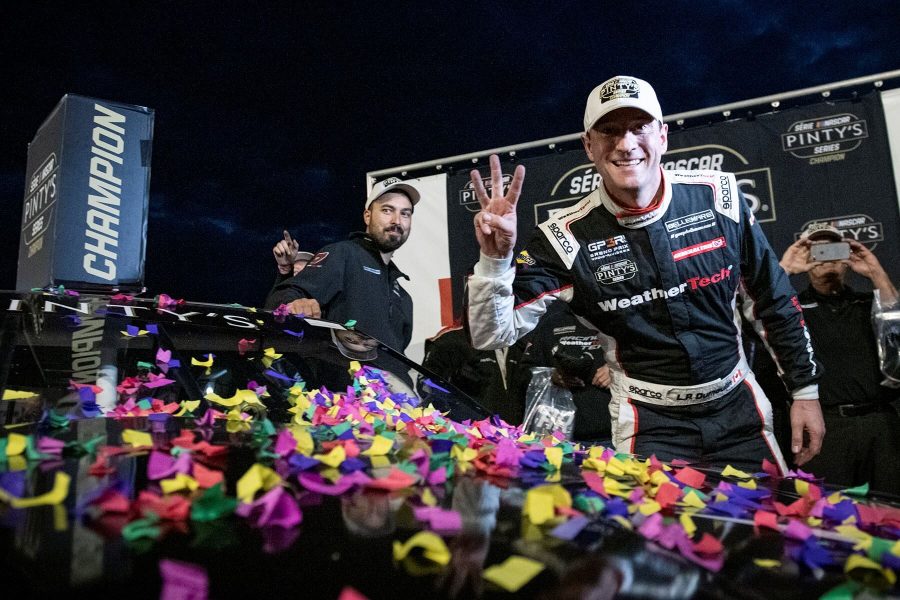