Kennington Grabs The Win In Castrol Edge Dodge At Delaware

DELAWARE, ON (September 24, 2021)- It was a return to familiar territory for DJ Kennington and the #17 Castrol Edge Dodge team for round eight of the 2021 NASCAR Pinty’s Series on Friday night.

Delaware Speedway near London, Ontario has been the sight of many victories for the St Thomas, Ontario racer. On this night Kennington made a bold, last lap pass to snag another win at his home track.

Kennington recorded the quickest lap time in the #17 Castrol Edge Dodge during the afternoon practice session and qualified on the outside of the front row. Kennington would take over top spot in the race on lap 13 following an early caution period.

Though he did surrender top spot after the midway point of the race, the #17 Castrol Edge Dodge was never far from the leader. With only 12 laps remaining, once again the caution flag waved setting up a dash to the finish. On the final race lap Kennington was poised for action if an opportunity to take the top spot was available.

As the field approached corner three, the leader left an opening on the bottom of the track and Kennington seized the moment and charged his #17 Castrol Edge Dodge up the inside and into the lead and take his first checkered flag of the season. 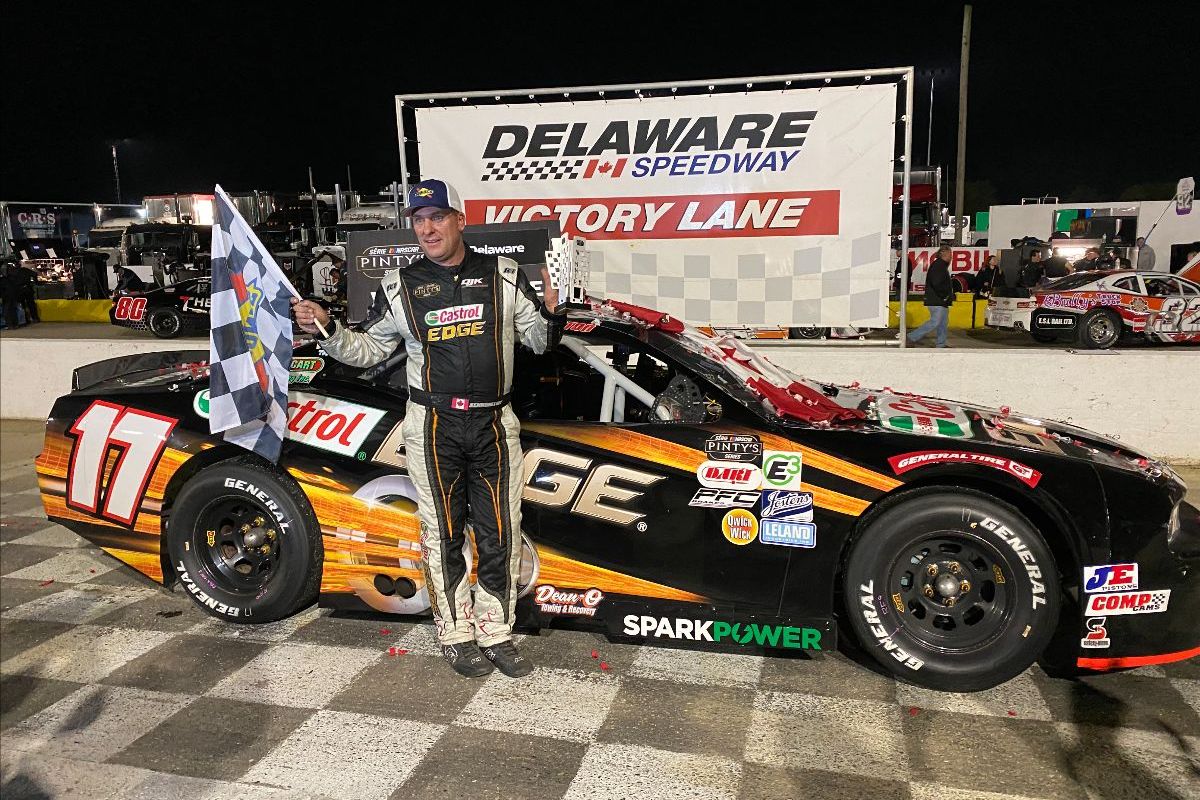 DJ Kennington quotes
“He left an opening at the bottom, and I took it. It’s the last lap, everybody is racing hard, and that’s how it goes. I’m never going to wreck somebody for the win, but when that gap opened up, that’s fair game”.

“We’ve been close a couple of times this year and it’s great to get a win here at Delaware in front of these great fans. Huge thanks to the Castrol team for all the work, the car was great all day. All our partners that help us do what we love, we couldn’t do it without you. And we’ll have two more chances to do it again on Sunday”.

Next up DJ Kennington and the Castrol Edge Dodge team are back in action Sunday afternoon, September 26th for two more races at Delaware Speedway to close out the 2021 season, the Qwick Wick 125 and the Pinty’s Fall Brawl.