Here’s our interview with second-generation Ltd. Late Model driver Brittney Gresel. The Sauble Beach, ON-based driver is competing fulltime at Sunset Speedway, after spending the entirety of her career at her hometrack of Sauble Speedway. ‘B Gres’ chats about her decision to race fulltime at Sunset, her relationship with the rest of the Sunset Ltd. Late Model division and her small two-man team. Click here for the video interview and follow Brittney on Twitter @BGres81. 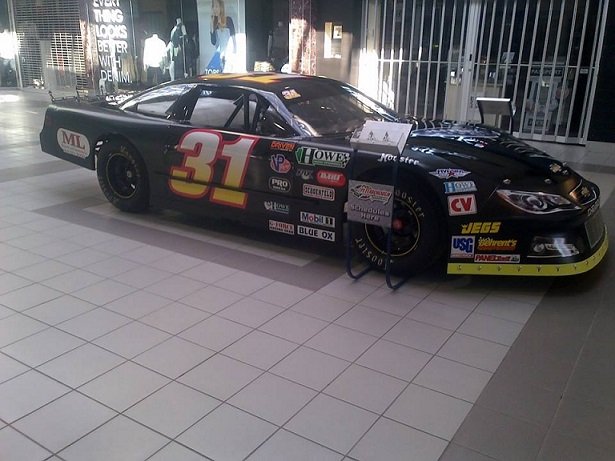 We recently had a chance to catch up with Peterborough Speedway Late Model competitor Jack Horner. The Blackstock, ON driver recently earned his first feature victory in two seasons, and took the time to tell us about his newly acquired Howe chassis, his 2014 program, plans for this season and what the lauded Autumn Colours Classic means to his family-run team. Click here for the 1 on 1 video. 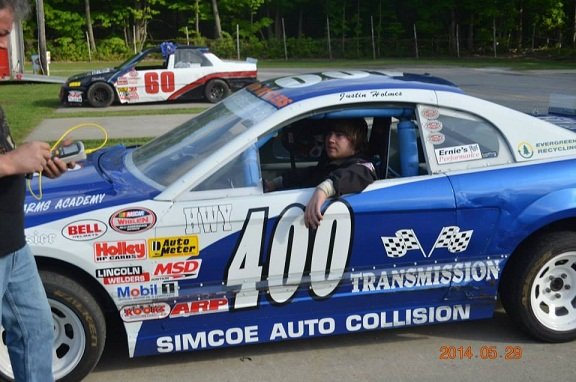 Justin Holmes recently had an impressive outing in Barrie Speedway Mini Stock competition. The second-generation star took down runner-up finishes in both his heat races, before winning the 28-car A-Main. Holmes made sure to have his GoPro camera along for the ride, and recorded some phenomenal footage throughout the evening. Here’s a look at his run in his second qualifying heat race. Click here for the on-board footage. 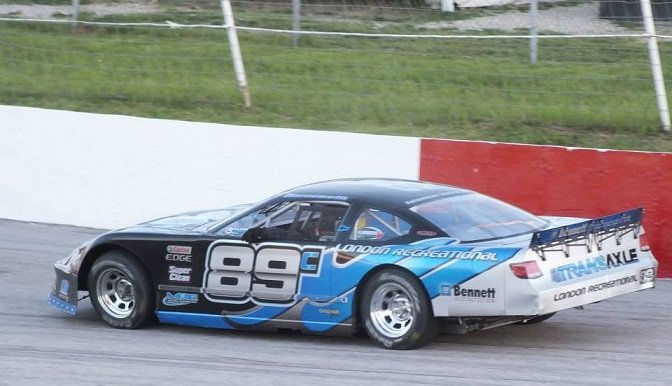 Shawn Chenoweth (above, by Ashley McCubbin) earned a top-3 finish in Round 2 of the APC Six Pack Series at Delaware Speedway on June 27th. With his impressive run in the Canada Day 100, Chenoweth now leads the points standings in the Pro Late Model mini-series, pitting Flamboro Speedway vs. Delaware Speedway. Post-race, we chatted with the 2-time Flamboro Speedway track champion and asked his opinion of the series, and what it does for the status of the Pro Late Model division. See what the oft-outspoken veteran had to say here.