After sustaining a serious wrist injury in competition at Barrie Speedway on July 13th, Ltd. Late Model sophomore Shawn Murray (above) has announced there is a chance his 2013 season has ended. The Alliston, ON driver broke his wrist in two places, during an on-track incident in the first of twin LLM features. Despite his injury, Murray has confirmed that his Lake Simcoe Heating & Air Conditioning-sponsored ride will return to weekly competition at Barrie, with a number of substitute drivers filling in. July 20th’s event will see former track champion John Gaunt return to weekly competition for the first time in over a year, subbing for Murray. 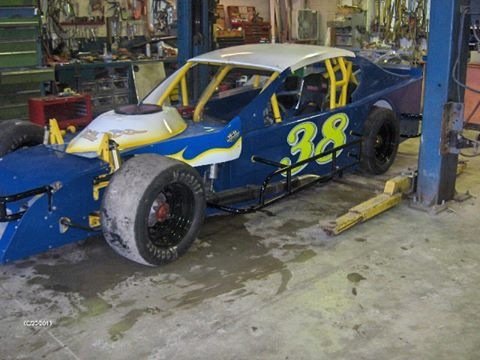 17-year old Lane Zardo has announced that he will return to the OSCAAR Modified Tour on July 27th at Sunset Speedway. The third generation wheelman, a former Sunset Super Stock champion, will drive for debuting car owner Chuck Marsh. The H&H Offroad sponsored entry (above) will be campaigned in memory of Chuck’s mother Barb. The former Rick Kluth-owned chassis was purchased by Marsh over the off-season. The event will mark Zardo’s second career Modified start. For updates, be sure to follow Zardo on Twitter at @Zardo_46.

Former Kawartha Speedway promoter Derek Lynch will return to competition after a nearly two month hiatus at this Sunday’s (July 21st) International 500 at Airborne Speedway in Plattsburgh, NY. The ACT tour event will run 300 laps total, split into a trio of 100-lap races, with a total purse of $120,000. The Warkworth, ON driver has a bevy of experience with the Vermont-based tour, winning its crown-jewel ‘Oxford 250’ at Oxford Plains Speedway in 1994. Lynch will make the trek to Airborne with marketing support from Hasiuk Trailers of Colborne and JJ Stewart Motors of Norwood. 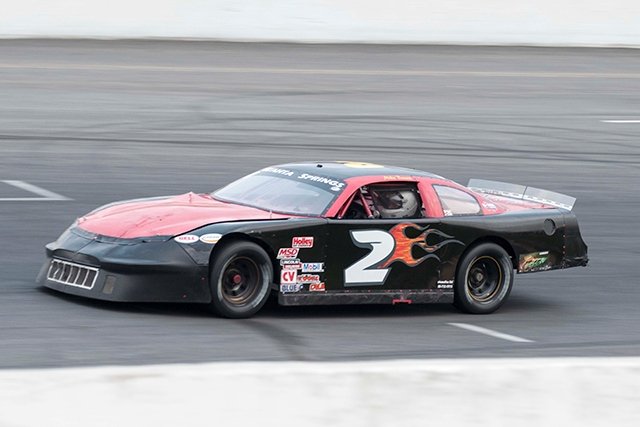 Barrie Speedway Ltd. Late Model driver ‘Hometown’ Mike Brown (above, by Pamela Guppy) has sent along footage of his up-and-down night of racing on July 6th. The Barrie veteran enjoyed a runner-up effort in the first of twin features, before destroying the front end of his Sear’s Floor Covering Center sponsored entry.

You can see Brown’s 2nd place run here and check out his tremendous impact here. 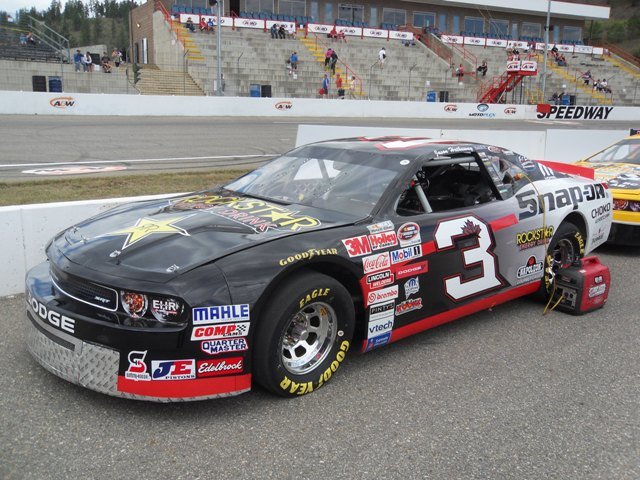 NASCAR Canadian Tire Series star Jason Hathaway (above, by Spencer Lewis) enjoyed a 2nd place finish in the 5th race of the season at Motoplex Speedway in Vernon, BC. We caught up with the Appin, ON driver and asked about his return to the BC speedplant, his time spent at the front of the field, a gutsy pitstop strategy and his forecast for Race 6 of the season at Auto Clearing Motor Speedway on July 17th. Check out the interview here. 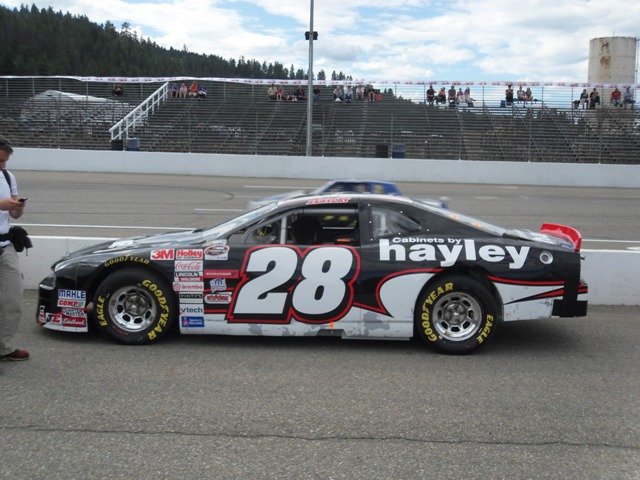 Calgary, Alberta’s Cameron Hayley made his first career NASCAR Canadian Tire Series start on July 13th at Motoplex Speedway, earning a hard-fought 7th place finish, battling back from an early wreck in practice. We asked Cameron about his freshman outing post-race, where the teenager also opened up about the NCATS cars drivability, his plans for the rest of the week and his long term goals. The video can be found here

Our cameras caught up with OSCAAR Modified Tour Rookie of the Year contender Shane Stickel when the tour rolled into Sunset Speedway as part of the Don Biederman Memorial weekend. We asked the former Canadian Vintage Modified standout about the transition to the OSCAAR Mod tour, the difference in driving style required, why he chose OSCAAR and what his hopes are for the season. Check out the interview here and be sure to follow Shane on Twitter at @ShaneStickel