Following his much publicized Beat the Heat 150 victory at Sauble Speedway on August 4th, Late Model standout Shawn Chenoweth has confirmed he will return to Sauble, this time in a Ltd. Late Model, for tonight’s Dash for Cash Invitational. The Ayr, ON driver currently leads the point standings in Flamboro Speedway’s Pro Late Model division. Chenoweth won the Thunder Car edition of the Dash for Cash event in 2012, and will enter tonight’s invitational in search of his first career Sauble LLM triumph. 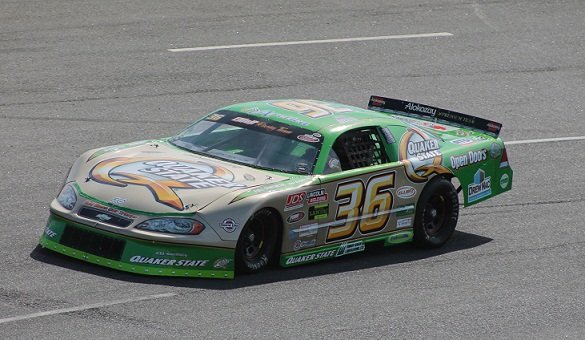 Here’s our interview with Sunset Speedway Ltd. Late Model regular Gary Elliott (above, by Thompson Photography). ‘The Ironman’ offers us a preview of tonight’s Dash for Cash event at Sauble, talks about his on-going ‘Race 2500’ contest and the upcoming Gold Rush 100 event at Flamboro Speedway that will see NASCAR regular Kenny Wallace pilot Elliott’s familiar #36. The interview, in its entirety, can be found here

2-time Autumn Colours Classic champion Shaun McWhirter has confirmed he will make his first Late Model start in almost two seasons at tonight’s Dash for Cash event. The Mount Forest, ON veteran will pilot his own Streamline Race Products house car (above, by Thompson Photography) for the first time, filling in for regular house driver Andy Kamrath. We caught up with McWhirter this weekend and asked for his preview of the invitational, how he’s looking to return to the speedway he cut his teeth at and what drivers he’s looking forward to competing with. Click here for the 1 on 1 chat. 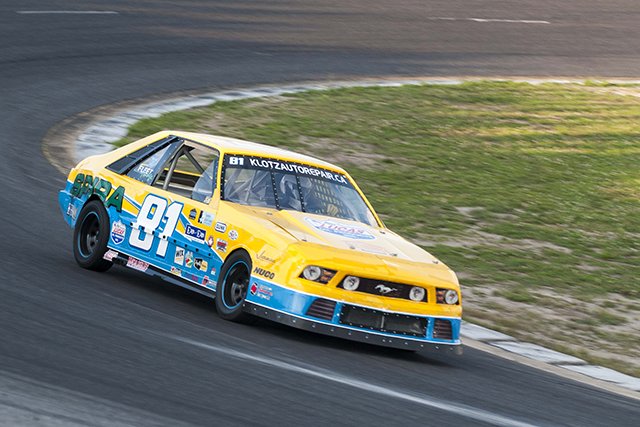 Third-generation Mini Stock star Samantha Shaw has confirmed via her @81Shaw Twitter account that she will be in competition at Sauble’s Dash for Cash event. The Guelph, ON driver has never won a feature event outside of her Flamboro Speedway base, and will compete alongside Sauble frontrunners Kevin Bridge, Kevin Paupst and Kyle Jackson. Gate times and ticket prices for the event can be found at www.SaubleSpeedway.ca

Here’s a look at what was left of ‘Cowboy’ Dan Price’s 1957 Chevrolet Bel Air after a mid-race tussle at Peterborough Speedway on Saturday (August 10th). Price was racing for the lead in the Thunder Car feature when an incident involving a lapped car turned the veteran in front of the field. Surprisingly, Price has announced via his Facebook page that the damage was not as severe as originally feared, and after an extensive amount of work through the week, he expects to return to competition this weekend. In addition, Price will donate the damaged door of his car to a silent auction to benefit breast cancer research, organized by his brother and fellow racer Donovan Price, this Saturday at Peterborough Speedway.