F1 Montreal: ‘The Grand Evening’ is scheduled for June 7

Michael Schumacher (second from the right) addresses the guests at the 2011 Grand Prix du Canada "The Grand Evening". From left to right, François Dumontier, President of the F1 Grand Prix du Canada, stands next to event co-chair Mr. Bernard Ecclestone, President of Formula One Management, and the Honourable Michael Fortier, Vice-Chairman of RBC Capital Markets, and co-chair of the event. The evening master of ceremony, Pierre Houde, stands on the far right.

On Thursday, June 7, Montreal will once again play host to the most exclusive event of the summer’s social calendar with the presentation of “The Grand Evening”, the official opening event of the 2012 Grand Prix du Canada, which will benefit local charities. Following the tremendous success of its first two editions, well-known personalities, joined by drivers competing in the Formula 1 World Championship, will meet with the Montreal business community at the impressive new Arsenal Contemporary Art Complex of the Montréal Griffintown district.

All proceeds from the gala, which has become a must on the social front in just two short years, will jointly benefit the CHU Sainte Justine and Hôpital du Sacré-Coeur de Montréal Foundations. The event is again co-chaired by Mr. Bernard Ecclestone and the Honourable Michael Fortier.

“This is only the third edition of “The Grand Evening” and with our opportunity to stage it in a fabulously versatile location, we are now entering new era,” said François Dumontier, President and CEO of Octane Racing Group and President of the F1 Grand Prix du Canada. “The intent of launching the weekend activities of our F1 Grand Prix du Canada by gathering the stars, team managers of the world championship teams and our business community for the benefit of local charity foundations, remains the same. Our honorary co-chairs Mr. Ecclestone and Mr. Fortier have remained loyal to the success of our event, and for this, I sincerely thank them. However, there was room for innovation, and we decided to hold our event in a surrounding that would make it more exceptional, more grandiose, and more memorable. This is what the Arsenal, located in a reviving district of Montreal, had to offer.”

“Since 2010, I have had the pleasure of coming to ‘The Grand Evening’; along with the Formula 1 Grand Prix du Canada, it is one of the good reasons that make me travel to Montreal. I am happy to have accepted the kind invitation made by Francois Dumontier and agreed to once again act as honorary co-chair of this great event who supports noble causes, while having fun,” said today Bernie Ecclestone, the President of Formula One Management. “I am inviting the Montreal business community to join me and our Formula 1 family in the making of another resounding success.”

“Without a doubt, “The Grand Evening” is one of the true success stories in the renaissance of the F1 Grand Prix du Canada since its reinstatement on the 2010 Formula 1 World Championship schedule. The prestige and the excellence of the event, as well as the success of its first two editions, is a remarkable statement,” said the Honourable Michael Fortier, Vice-Chairman of RBC Capital Markets, and co-chair of the event. “It is with renewed pleasure that I again invite our leaders and all generous Montrealers to come and celebrate our F1 Grand Prix du Canada, and at the same time, support two of our most important Montréal hospital foundations.” 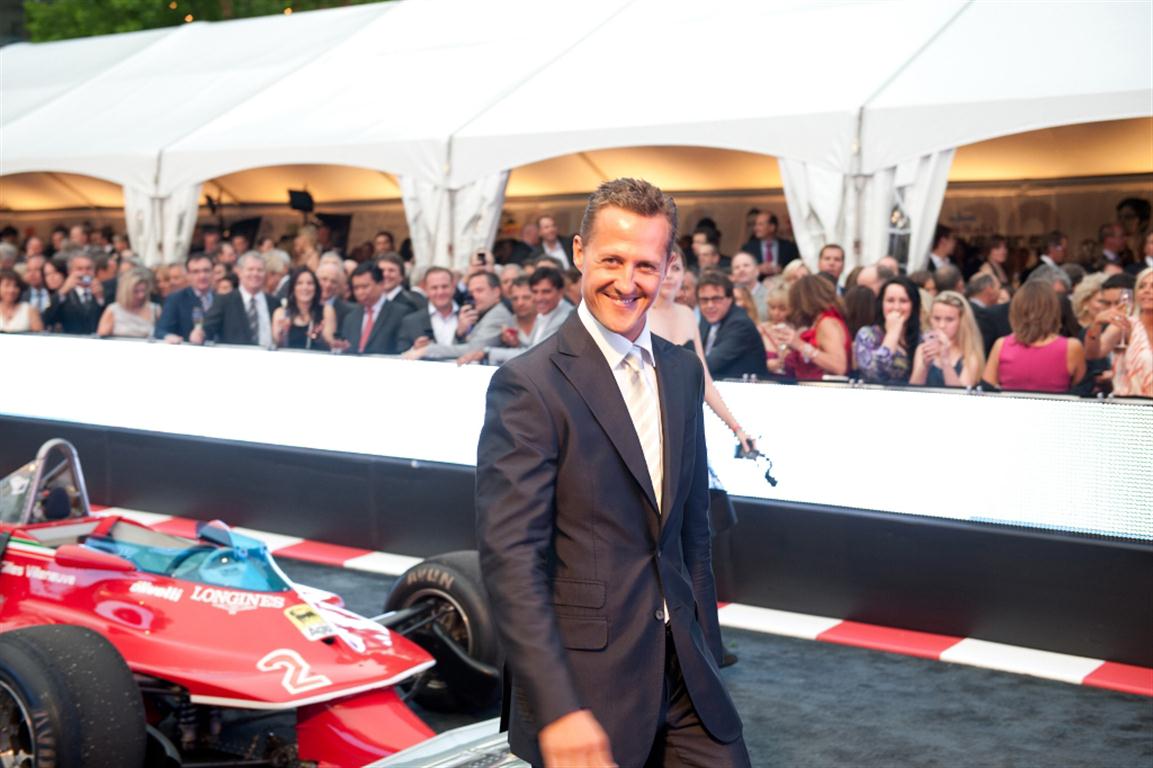 “The Grand Evening” is organized in Montreal by Octane Racing Group and entirely produced locally. During the past two seasons, nearly 900 guests have attended the event including Formula 1 World Championship drivers and team managers. In 2010 Sebastian Vettel, Lewis Hamilton, Mark Webber, Nico Rosberg, Jarno Trulli and other Formula 1 drivers were among those in attendance. Last year, guests once again mingled with numerous stars of the Formula 1 circuit including World Champions Michael Schumacher, Fernando Alonso and our own Jacques Villeneuve.

“The Grand Evening” is an official activity of the 2012 Grand Prix du Canada and is presented in collaboration with Mercedes-Benz Canada. Tickets for the 6 p.m. cocktail, the 7:30 p.m. dinner and the evening are currently being offered for $1,000 each. Table of 10 costs $10,000. You can obtain more information by visiting www.circuitgillesvilleneuve.ca or by contacting the Grand Prix du Canada at 514-350-4731.

From Normand Prieur on behalf of Octane Racing Group Inc.