And after that, NASCAR will kick off its 75th anniversary celebrations at the start of the new year with a float in the 2023 Rose Parade. 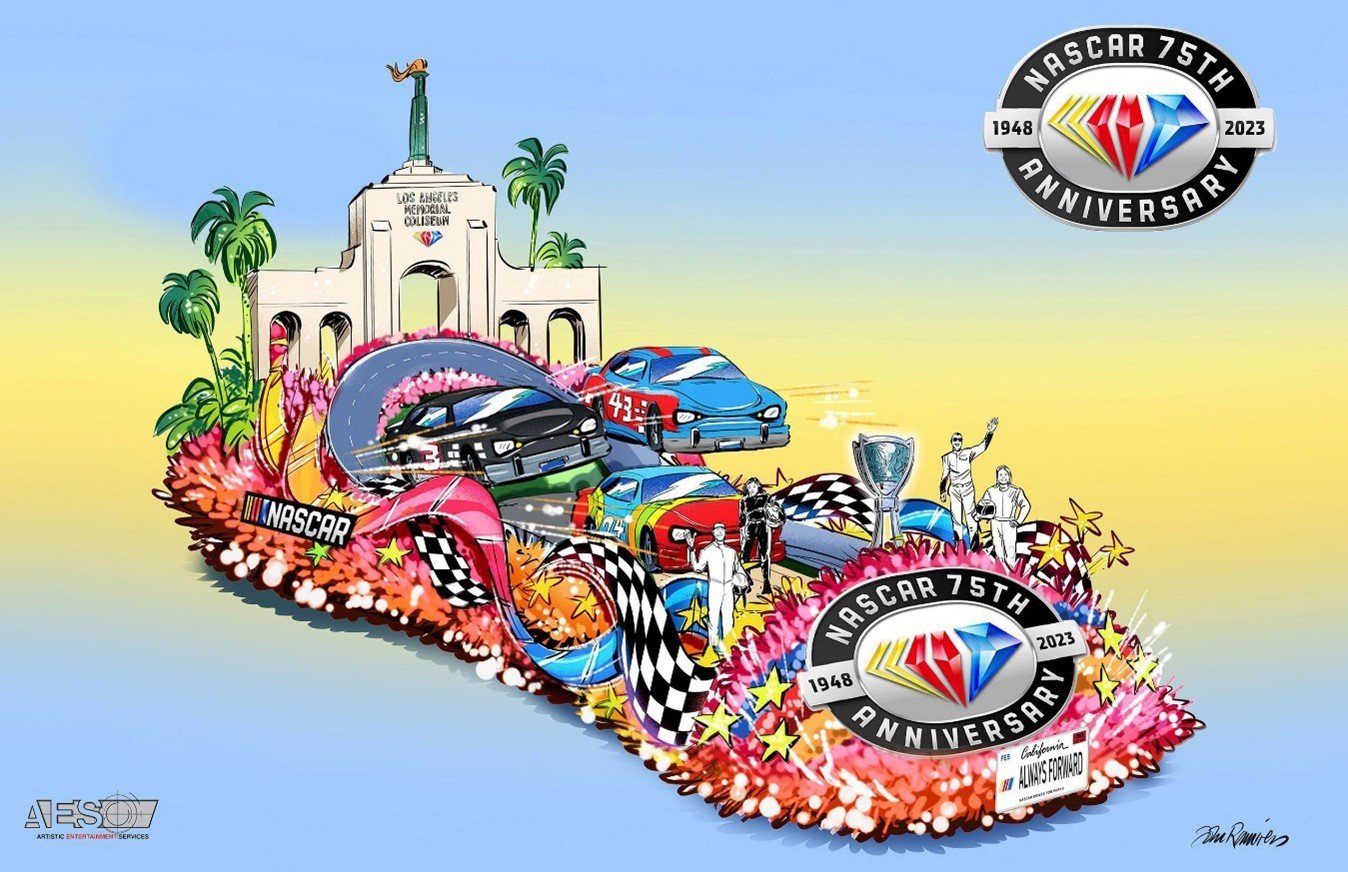 The parade will be held Monday, January 2. Hundreds of entries will proceed down the 5.5-mile route, including NASCAR’s display, showcasing the 75th anniversary and the upcoming Busch Light Clash at the LA Coliseum.

FORMULA ONE: Qualifying at Abu Dhabi ended up being two-by-two-by-two. Max Verstappen and Sergio Perez in Red Bulls, Charles Leclerc and Carlos Sainz in Ferraris and Lewis Hamilton and George Russell in Mercedes. Try scripting it any better than that!!

Canadian Lance Stroll qualified 14th, with his countryman Nicholas Latifi 20th for his last race in a Williams. And Sebastian Vettel retired from F1 after this event.

He raced for 15 years in the series, winning four championships. That’s batting .266, awesome for any sport. But considering that he won those championships in only seven years, that makes it an even more eye-popping .571 ‘batting average’!!

Well, this was a bit of a surprise – got home from church, clicked on my taped copy of the race and – TILT – it starts at lap eight!!! What’s up with that? Anyway, pressing on, the race appeared to be going as per the script and that included ‘the stewards are warning teams about track limits’!! D’oh.

Things ran pretty smoothly until lap 39, when backmarkers Mick Schumacher and Latifi got together and spun off track, but were able to keep going. With about three laps to go, Hamilton’s electrical problems (he had reported problems in the latter parts of the race) finally took him out of the race, as he was first locked in seventh gear, then couldn’t get out of fifth gear. A sad ending to a disappointing year for him.

At the flag, it was Verstappen over Leclerc and Perez. So, after 58 laps, Leclerc was able to get around Perez, allowing him to break the tie for second place in the final points!! Meanwhile, Stroll finished a very impressive eighth, ahead of teammate Vettel (10th) and Latifi, who finished 19th.

Verstappen won the championship by an eye-popping 146 points over Leclerc and 149 atop teammate Perez, the very same teammate that he would NOT let pass at Brazil to gain points. Hmm. Red Bull, of course, won the Manufacturer’s Championship by 205 over Ferrari and by 244 atop Mercedes.

SOUTHERN ONTARIO SPRINTS: Over the weekend, it was announced that there would be a consolidation of the province’s 360 Sprint Car touring series, starting next season. Under the helm of Peter Turford, the Southern Ontario Sprints (SOS) will contest between 15 and 20 events. The Knights of Thunder Series is no more but the parties behind that tour will support the SOS, including with coverage on GForceTV.

MY ‘VIEW’: Canadian IndyCar racer Dalton Kellett has decided to resign from the A.J. Foyt Racing team. He remains close-mouthed about his future plans, but he did not rule out an Indy 500 run next May.

New Ownership And Expansion For Southern Ontario Sprints In 2023