FORMULA ONE: Pirelli has determined that the tire failures at Baku were caused by – wait for it – ‘the way the tires were being run.’ AND, ‘the tires were not being run properly while out on track.’ Huh? Political doublespeak perhaps? The high ‘kerbs’ at the Paul Ricard Circuit for the French Grand Prix seemed to have damaged several cars during practice.

As an interesting aside, you can virtually ‘drive’ the circuit on Google Earth Pro Street View. Give it a try!!

‘Mad Max’ Verstappen won the race in spite of a first lap ‘overcook’ which let Hamilton take the lead.

Max now has a 12-point lead over Lewis, and Red Bull has a commanding 37-point lead in the manufacturers’ race.

I’m sure there will be some VERY interesting meetings auf Deutschland today!! LOL

Canadian star Lance Stroll, who lost his chance to advance from first round qualifying due to a session stoppage, started 19th and finished a very respectable 10th.

INDYCAR: Apparently, Penske Racing has diagnosed the problem with Will Power’s no start, at the final restart, in the second race at Belle Isle.

The same thing happened last year to Hunter-Reay at Texas. Wasn’t the winning car on Sunday at Detroit a McLaren? Hmmm. 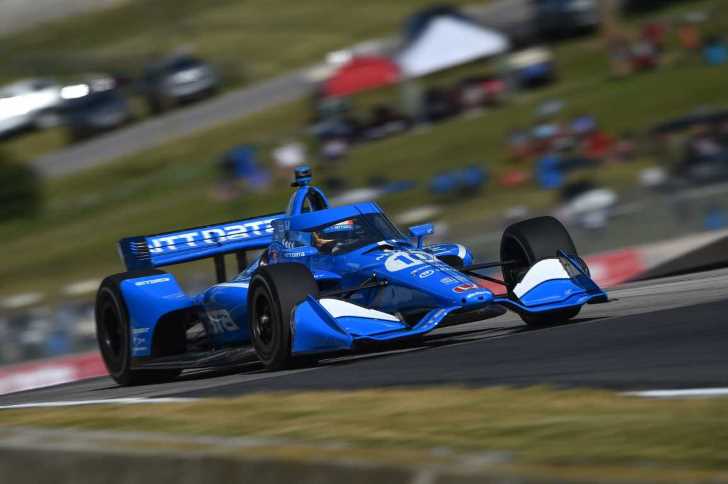 NASCAR: Ryan Preece won the Camping World Series Truck race at Nashville Superspeedway Friday night and won a guitar to go along with the prize money. How fitting for the Country Music Capitol!

The last time the trucks raced there was ten years ago. Todd Gilliland was second followed by Grant Enfinger in third. Canadian Stewart Friesen was fifth and is currently ninth in points. It was amazing to see trucks running as many as four-wide on the fast track.

The Cup cars returned yesterday to Nashville Superspeedway for the first time since 2011 when Dover Motorsports decided to shutter (thankfully temporarily) the facility.

Kyle Larson dominated, leading 264 out of the 300laps for his third consecutive victory for Hendrick Motorsports.

Ryan Blaney lost his brakes and hit the wall sending him to the infield care center and his car to the garage.

The track is quite wide (and fast) and there were occasions when cars were four-wide. Denny Hamlin continues to lead the points, but Larson has closed to within nine points. All three classes head to the three-cornered Pocono Raceway Saturday and Sunday. 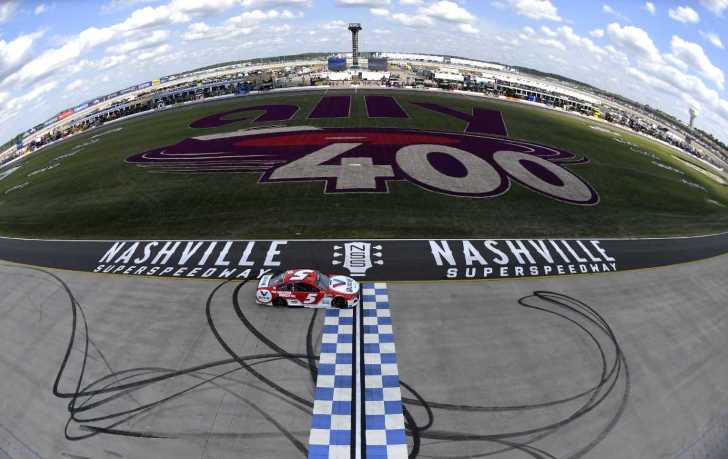 NHRA: This weekend, NHRA heads to the nicest track on the circuit, Summit Motorsports Park in Norwalk, Ohio. The Bader family has done an incredible job on their track.

And a RINGER showed up. Scott Bloomquist is one of the best on dirt. Tony Stewart won over Hailie Deegan and Ernie Francis, Jr.

Bloomquist went way wide on a late race start and went to the back ending up ninth. It was a very entertaining race and the FULL crowd loved it. 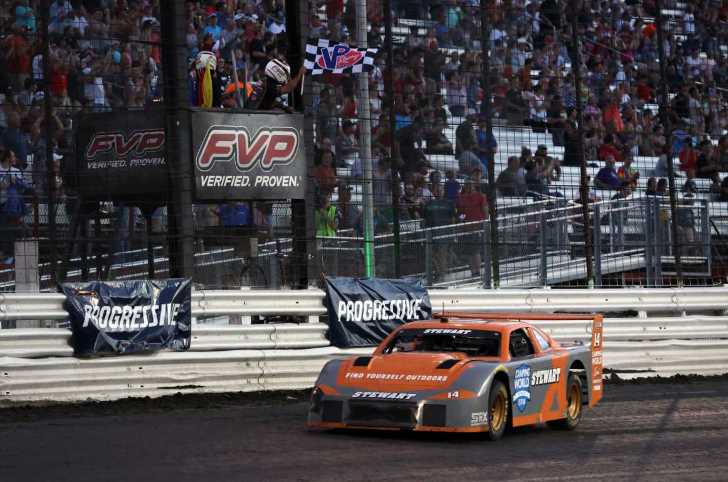 We attended one of the last Cup races at Nashville Fairgrounds in 1986 and I was astounded at the number of signs and shouts saying, ‘anybody but Waltrip (D.W.)’!! Plus we have attended several All American 400s there. VERY fast track.

DID YOU KNOW: Mike McColl of McColl Racing Enterprises in London builds cars and spare parts for NASCAR’s European Series (over 60 so far), Pinty’s Series, APC, ACT and Superstocks.

As well, he builds cars for the magical Area 27 bunch out of BC run by former CASCAR standout Trevor Seibert.

They soon switched to stock cars and Burt began building stock cars in the two car shop behind his home in Wheatley while still working for Union Gas.

They moved the shop closer to the 401, then to St. Thomas followed by a move to Exeter Road in London. They now have an incredible state of the art shop just minutes off the 401 building and repairing race cars as well as selling parts. A wonderful success story for a great family.

CANAM STOCK/SUPERSTOCK: They were at St. Thomas Dragway on the weekend but Saturday was a rainout. On Sunday Jim Lindsay, in his Ford 6-cylinder with Weber carbs Pepper Mill won the wheels up final over Wally Clark. Two really nice veterans still at it and still getting it done!!

And finally, if your local race track has a big race upcoming let me know and I will be happy to mention it in an upcoming blog. motionman@rogers.com