CTMP to showcase schedule and venue upgrades at Motorama

@CTMPOfficial • TORONTO, ON – Canadian Tire Motorsport Park (CTMP) will maintain its perfect record of attendance when it returns as an exhibitor in the Canadian Motorsports Expo section of the Motorama Custom Car & Motorsports Expo. The show takes place March 13, 14 & 15 at Toronto’s International Centre, adjacent to Pearson International Airport.

At Motorama, the legendary racing facility – which is located northeast of Toronto – will highlight the continuing redevelopment of its 900+ acre motorsports property. Track representatives will also showcase CTMP’s impressive 2015 racing calendar, which features a wide variety of major league and grassroots road racing competition.

The most recent phase of construction at the Bowmanville, Ontario-area venue has been focused on the Karting Centre, which has been newly named Mosport Kartways. The re-configuration and re-paving of the circuit has already been completed, and a new building that includes a reception area, showroom, washrooms, change rooms and a parts and service area, will be finished in time for the start of the 2015 racing season.

“The investment that is taking place at our Kart Centre represents our confidence to provide a full-service facility to fit the needs of our racing-oriented customers and provides a state-of-the-art location for corporate events,” explained President and General Manager Myles Brandt. “This most recent project follows last year’s completion of the Driver Development Centre (DDC) and the revitalization of the facility’s showcase Grand Prix Circuit.”

The 17th edition of Canada’s most prestigious kart racing event will be coming to Mosport Kartways on August 20-23 when competitors from across the country will race for the top podium positions in the Rotax Max Challenge and Briggs & Stratton National classes.

“Our Kart Centre is now a substantially upgraded facility and for the ASN Canada FIA Karting Nationals, it means new and exciting challenges for everyone: drivers, technicians and coaches,” said Ron Fellows, co-owner of CTMP. “Our investment in the Kart Centre further compliments Canadian Tire Motorsport Park and our commitment to being Canada’s complete home for motorsports.” 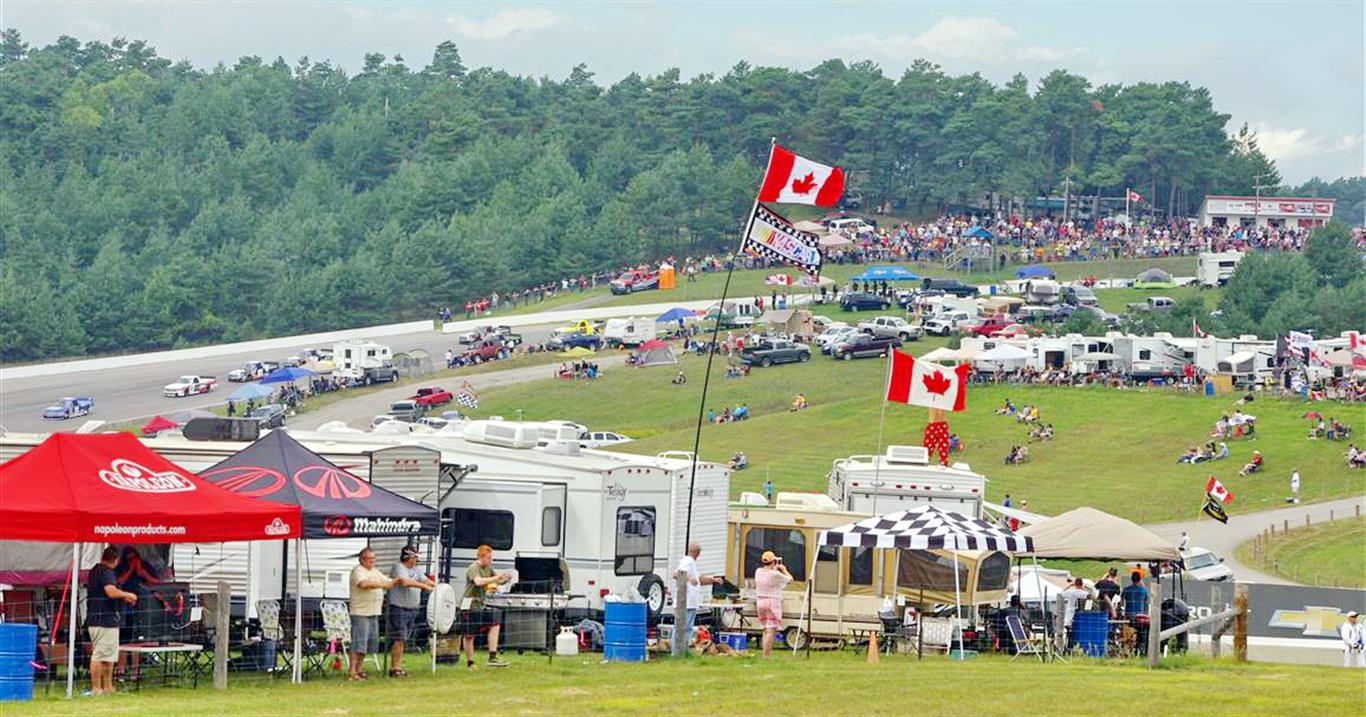 Brandt is justifiably proud of CTMP’s 2015 major events calendar, which was unveiled in mid-November.

“This year’s schedule is a very well-rounded package; we offer something of interest for every road racing fan,” said Brandt. “The debut of the NASCAR Camping World Truck Series in 2013 was a huge success, and we were able to build on that last year. We’re hoping that the 2015 date will be even bigger and better. We’re thrilled to host the lone Canadian race on the TUDOR United SportsCar Series schedule, adding to the long history of sports car racing here at CTMP.”

While these two events will be perceived as season highlights, the 2015 Canadian Tire Motorsport Park schedule also features visits from American touring series like the Pirelli World Challenge (all classes), the Continental Tire Sportscar Challenge, and several others.

Brandt continued, “With the new March date for the Motorama show, it works great for us as everything will be finalized and the season will be right around the corner.”

Canadian Tire Motorsport Park has been recognized as Canada’s Home of Motorsports since 1961, with the history of this world-renowned facility continually growing. Fans can get an insider’s look at the next chapter by visiting their display at the 2015 Motorama Custom Car & Motorsports Expo.

Canadian-based divisions such as the NASCAR Canadian Tire Series, the Canadian Touring Car Championship, the Ultra 94 Porsche GT3 Cup Challenge by Michelin, the Canadian SuperCar Series and the MOPAR Canadian Superbike Championship will also be in action at the high-speed Grand Prix circuit in 2015. Never forgotten are the grassroots competitors, with multiple dates reserved for the CASC-Ontario Region entrants and the popular Canadian Historic Grand Prix.

AD: CLICK ON THE BANNER BELOW TO PURCHASE YOUR TICKETS TO MOTORAMA TODAY…

ABOUT CANADIAN TIRE MOTORSPORT PARK: Hosting its first race in 1961, Canadian Tire Motorsport Park, formerly known as Mosport International Raceway, is the only circuit in Canada, and only one of two in North America (the other is New York State’s Watkins Glen) to have hosted Formula One, IndyCar, World Sports Cars, SCCA Trans-Am and Formula Atlantic Series, as well as the World Superbikes. Located less than an hour east of Toronto, Canadian Tire Motorsport Park is 20 kilometres north of Bowmanville and almost the same distance southwest of Peterborough. Complete details for directions, ticket information and scheduling can be found on their website, www.canadiantiremotorsportpark.com, or by calling, toll-free (800) 866-1072.

ABOUT THE MOTORAMA CUSTOM CAR & MOTORSPORTS EXPO: The inaugural Motorama show takes place March 13, 14 & 15, 2015 at Toronto’s International Centre, adjacent to Toronto’s Pearson International Airport. With a footprint of almost a quarter-million square feet, the show will be Canada’s biggest late-winter celebration of automobiles and motorsports. For information about the show, including sponsorship and exhibitor opportunities, schedules and more, call (416) 962-7223, or email info@MotoramaShow.com. The show’s website is located at www.MotoramaShow.com.