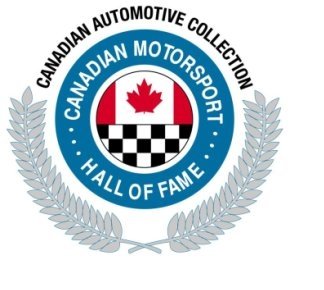 TORONTO, ON – Seven Canadian men have today been named as the 2012 inductees into the Canadian Motorsport Hall of Fame announced Chairman Dr . Hugh Scully.”These new honourable members have earned recognition for their accomplishments and contributions to Canadian motorsports and it is an honour to confirm their entry into our Hall,” said Dr . Scully.

The seven Canadians are: Dick Foley of Montreal, Rudy Bartling of Courtrice, ON, Robin Edwardes, of L’Orignal, ON, Paul Manson of Toronto, Ben Docktor of Calgary, Norm Ellefson (now living in Spokane, WA) and Greg Sewart of Halifax, They will be officially inducted at the 18th annual Hall of Fame’s Gala , April 21, 2012 at On the Park in Toronto. Last year’s Gala event was attended by more than 300 guests and is an important fund raiser for the Hall of Fame.

“We are particularly pleased that we have representation from Western Canada , the Maritimes , Ontario and Quebec further reflecting the true national scope of the CMHF,” concluded Dr. Scully.

The Hall of Fame was initially introduced in 1993 and now has over 100 inductees from across Canada. In addition, an international category was added two years ago and the 2012 candidates are yet to be announced.

The Hall of Fame comes under the jurisdiction of the Canadian Motorsport Heritage Foundation created by a group of leading international businessmen. Tickets for the 2012 gala are available by phoning 905 852 6764 or email: galatcikets@cmhf.ca.

For further media information: Sid Priddle at sgwpriddle@gmail.com or call 705 431 6277.

Call for public nominations to the Canadian Motorsport Hall of Fame