@AutoglymCanada • @autoglym • @CanadianTire • TORONTO, ON – While Autoglym products have been popular in the United Kingdom for almost half a century, it’s only relatively recently that the company has been active in the Canadian marketplace. As many Canadian automobile owners already know, Autoglym’s car care products are available exclusively, in this country, at Canadian Tire and PartSource stores.

As part of the company’s ongoing efforts to educate Canadian racing and automotive enthusiasts about its high quality products, Autoglym Canada – headed by Brand Manager Dave Lambert – will have a significant presence at the upcoming Motorama Custom Car & Motorsports Expo. The show takes place March 13, 14 & 15 at Toronto’s International Centre, across from Pearson Airport.

“Autoglym is a household name in the UK, and our goal is to become that in Canada, too,” said Lambert. “We were part of the Canadian Motorsports Expo, last February, and we’re looking forward to connecting with even larger crowds of racing and car enthusiasts at Motorama.”

The benefits of bringing custom and classic car, hot rod and motorsport fans and participants together under one roof, for the mid-March show, is not lost on Lambert and his associates at Autoglym Canada. 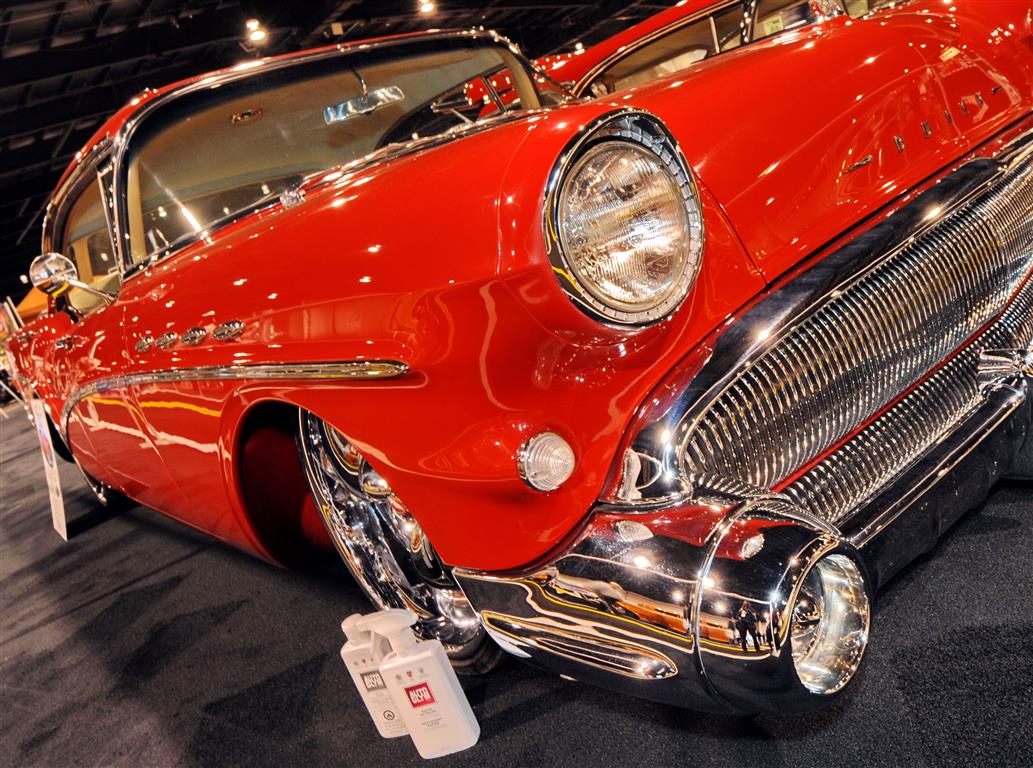 “Everyone who walks through the doors at Motorama will be an auto enthusiast of one sort or another,” continued Lambert. “These are people who are passionate about their cars and the hobby. This show is a perfect venue for us to display our product lines, demonstrate the products and offer advice on detailing to a very broad and diverse audience.”

According to Lambert, Autoglym concentrates its marketing efforts on enthusiasts who are willing to invest in the best car care products for their vehicles. That includes not only hobbyists, but also such motorsport notables as multi-time NASCAR Canadian Tire Series champion Scott Steckly and GT Sprints racer Kyle Tasker.

In addition to its display, Autoglym is also participating as a Show Sponsor at Motorama.

“Participating in shows like Motorama is our way of giving back and helping to build the hobby,” said Lambert. “It’s beneficial for everyone involved to make sure that shows like Motorama exist and are successful. They bring together enthusiasts from every corner of the car hobby. At the same time, they allow us to build our brand as a premiere automotive product supplier by connecting with people who are passionate about their vehicles.”

Speaking on behalf of Motorama, Mike Galipeau said, “We first worked with Dave Lambert and Autoglym Canada at last year’s Canadian Motorsports Expo, and it was a pleasure. They sponsored the Hot Rod and Custom Car area at the CME, which was very successful. In the time since, we’ve become the promoters of Canada’s biggest custom car and motorsports show, and we’ve seen Dave and his team at racing events and automotive shows all around Ontario promoting Autoglym. He’s passionate about Autoglym’s products and we’re very happy to welcome him as a Show Sponsor and exhibitor at Motorama.”

ABOUT AUTOGLYM: Autoglym products are to be found in all areas of automotive activity and are as equally suited to the professional user, the concours competition enthusiast and the family car owner. Autoglym enjoys technical approvals from many leading automotive manufacturers and close associations with car clubs. The company was founded in 1965 by a UK motor trade entrepreneur who developed a unique system for renovating used car paintwork. Today, the name is synonymous with high quality car care and vehicle detailing products around the world. Autoglym is based in Letchworth, UK and employs over 100 personnel with product distribution to over forty countries. For information about Autoglym in Canada, based in Mississauga, ON, contact Brand Manager (Canada) Dave Lambert at (416) 428-4259.

ABOUT THE MOTORAMA CUSTOM CAR & MOTORSPORTS EXPO: The inaugural MOTORAMA show takes place March 13, 14 & 15, 2015 at Toronto’s International Centre, adjacent to Toronto’s Pearson International Airport. With a footprint of almost a quarter-million square feet, the show will be Canada’s biggest late-winter celebration of automobiles and motorsports. For information about the show, including sponsorship and exhibitor opportunities, schedules and more, call (416) 962-7223, or email info@MotoramaShow.com. The show’s website is located at www.MotoramaShow.com.

New Partnership Has Kelly Balson Amped Up For 2015 Season