by MOPAR Canada
in Press Releases
0

@OfficialMOPAR • @Pintysfoods • @andrew_ranger • @NASCARHomeTrack • WINDSOR, ON – Mopar, FCA Canada’s service, parts and customer-care brand, is proud to announce that Canadian Andrew Ranger will again be behind the wheel of the Mopar racing car when the green flag flies for the upcoming 2016 season of the NASCAR Pinty’s Series (formerly NASCAR Canadian Tire Series presented by Mobil 1) beginning May 22.

Ranger is no stranger to Canada’s NASCAR Series circuit. At age 29, he’s already won the championship twice (2007 and 2009; the same year he was named ‘Most Popular Driver’ by fans). In the past two years, he has three wins and four poles. Ranger finished last year third in the points standing and has tied rival driver Scott Steckly for the most wins in the Series at 20.

The Roxton Pond, Quebec-native has a new crew chief for 2016 in David Wight; his No.27 racecar gets an exciting new Mopar paint scheme and the car will again be built by the top-notch team of DJ Kennington, a two-time Series champion himself.

“I am so proud to represent Mopar for a third season,” said Ranger. “It’s an incredibly supportive team and one loved by the fans. The entire Mopar crew will continue to work hard with a winning mindset, so I can achieve a third championship.”

The 12-event, Canada-only stock car racing series has a new title sponsor for 2016 in Pinty’s Delicious Foods Inc. Its sponsorship announcement came alongside news of a three-year deal for the Series to run again at the Indy Toronto weekend in July. The Series raced Toronto in 2010 and 2011, with Ranger winning both of those events.

“We are thrilled to continue our relationship with Andrew,” said Jim Kiritsis, Senior Manager, National Service and Parts for Mopar Canada. “We have had some very strong results these past two years with Andrew and DJK Racing and went into the final race of 2015 with a shot at the title. Our focus is to hit that target.”

Mopar is synonymous with racing and the storied brand has been ingrained in Canada’s motorsports scene for decades. It has been a major part of the NASCAR Series since its inception, all the way back to the CASCAR Series. In 2015, a Dodge-branded car won more than half of the 11 Series races and Scott Steckly – in the Canadian Tire Dodge – won the championship. 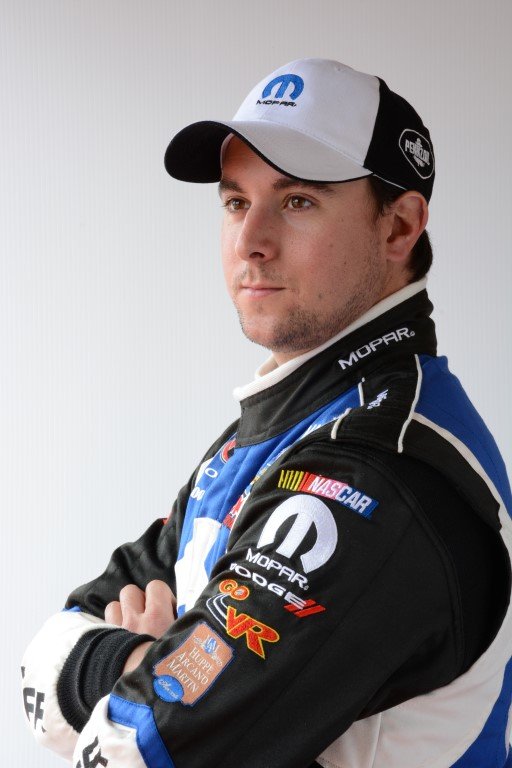 About Mopar Brand: Mopar (a simple contraction of the words MOtor and PARts) was trademarked in 1937 with the launch of an antifreeze product, but it truly made its mark in the 1960s during the muscle-car era. From Mopar Performance Parts to enhance speed and handling for both road and racing use, the brand soon expanded to include technical service and customer support. Today, Mopar is FCA’s service, parts and customer-care brand and distributes more than 500,000 parts and accessories in over 150 markets around the world. With more than 50 parts distribution centres and 27 customer-contact hubs globally, Mopar integrates service, parts and customer-care operations in order to enhance dealer and customer support worldwide. Mopar is the source for genuine parts and accessories for FCA brands. Mopar parts are engineered together with the same teams that create factory-authorized specifications for FCA vehicles. This offers a direct connection that no other aftermarket parts company can provide. A complete list of Mopar accessories and performance parts is available at www.mopar.com.

About FCA Canada: Founded as the Chrysler Corporation in 1925, FCA Canada Inc. is based in Windsor, Ontario, and celebrates its 91st anniversary in 2016. FCA Canada Inc. is a wholly owned subsidiary of FCA US LLC, a member of the Fiat Chrysler Automobiles N.V. (FCA) family of companies. FCA Canada has approximately 440 dealers and markets Chrysler, Jeep®, Dodge, Ram and FIAT brands, as well as the SRT performance vehicle designation. The company also distributes Alfa Romeo models and Mopar products. In addition to its assembly facilities, which produce the Chrysler Pacifica, Dodge Grand Caravan (Windsor), Chrysler 300, Dodge Charger and Dodge Challenger (Brampton), FCA Canada operates an aluminum casting plant in Etobicoke, a research and development center in Windsor, and has sales offices and parts distribution centers throughout the country. FCA, the seventh-largest automaker in the world based on total annual vehicle sales, is an international automotive group. FCA is listed on the New York Stock Exchange under the symbol “FCAU” and on the Mercato Telematico Azionario under the symbol “FCA.”