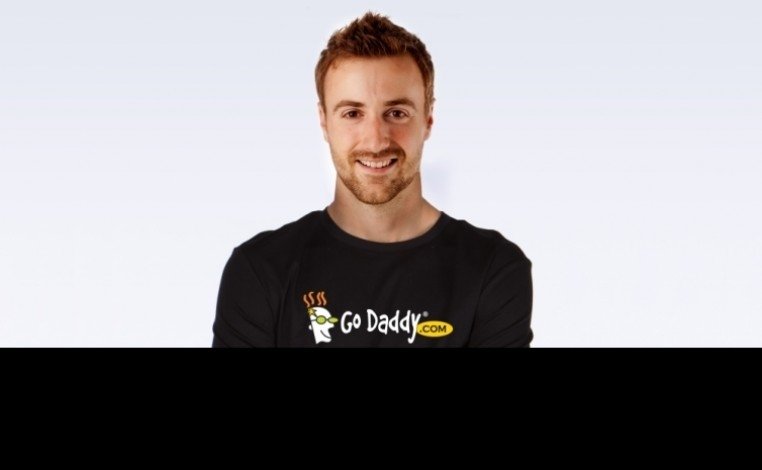 INDIANAPOLIS, IN – Andretti Autosport announced today it has signed Canadian James Hinchcliffe to a multi-year IZOD IndyCar Series deal. Hinchcliffe, a young, yet accomplished racer, steps into a big role as driver of the GoDaddy.com Chevrolet for 2012. In his first year in the IZOD IndyCar Series, Hinchcliffe took three top-five and seven top-10 finishes to earn the series’ Rookie of the Year title despite missing the season-opener in St. Petersburg, Fla. Hinchcliffe, a 25-year-old from Toronto with both British and Canadian lineage, finished fourth at the 2011 Long Beach, New Hampshire and Kentucky races.

The well-spoken television and Internet personality makes a great match for Go Daddy, the world’s largest Web hosting provider¹ and legendary television advertiser. Hinchcliffe is a skilled driver who has been honored numerous times for his on-track achievements in open-wheel racing. Hinchcliffe was recently a nominee for the 2011 Autosport Rookie of the Year award in England and won the prestigious Greg Moore Legacy Award in 2010 for his efforts in the Firestone Indy Lights. Hinchcliffe becomes the second driver on the Andretti Autosport roster to have won the Greg Moore Legacy Award, joining 2004 winner and new teammate Ryan Hunter-Reay.

“James is a perfect addition to our team for next year. He’s got a lot of talent and we believe he will be great for our driver chemistry. He will definitely grow and thrive with Andretti Autosport. Even in his rookie year in IndyCar, he proved to be a great competitor. I look forward to seeing what he is capable of in the next few months.”

“I saw an article that said ‘Hinch was a cinch’ to drive our Go Daddy car. I guess the many reasons Go Daddy wanted to put James behind the wheel are obvious … he’s tech savvy, personable, edgy and 100 percent competitive … just like Go Daddy!”

“I’m so excited to be driving with the Andretti Autosport team and representing Go Daddy next season. Go Daddy is one of the best sponsors in sports, in terms of their activation execution … plus Go Daddy is a world leader in just about everything they do. I have to thank Michael [Andretti] and Go Daddy for providing me this opportunity to compete for the championship and an Indy 500 victory.”