STEVE LAKING: Although the Ontario Short Track season won’t kick into gear for another 2 months, New Smyrna Speedway’s World Series of Asphalt is just getting started. Inside Track has learned that World Series mainstay – and former ALSTAR Tour champion – Kirk Hooker will not be able to attend the first 3 nights of competition due to prior commitments. Instead, the Chatham, ON hotshoe will have Spira Fire Protection teammate Steve Laking behind the wheel. Laking, a Flamboro Speedway regular, will be making his New Smyrna Speedway debut when the Pro Late Model division takes to the track on Night 1 of competition February 15th.

MATT MULHOLLAND: All of us here at Inside Track would like to wish 2-time Sauble Speedway Thunder Car champion Matt Mulholland (below) a speedy recovery from a pair of broken Heels suffered earlier this month after a fall from his roof. ‘The Situation’ faces a recovery time of anywhere from 3 – 12 months. The Port Elgin, ON native had planned a 2013 Limited Late Model Rookie of the Year campaign, and has not yet entirely ruled out a return to competition sometime in 2013. 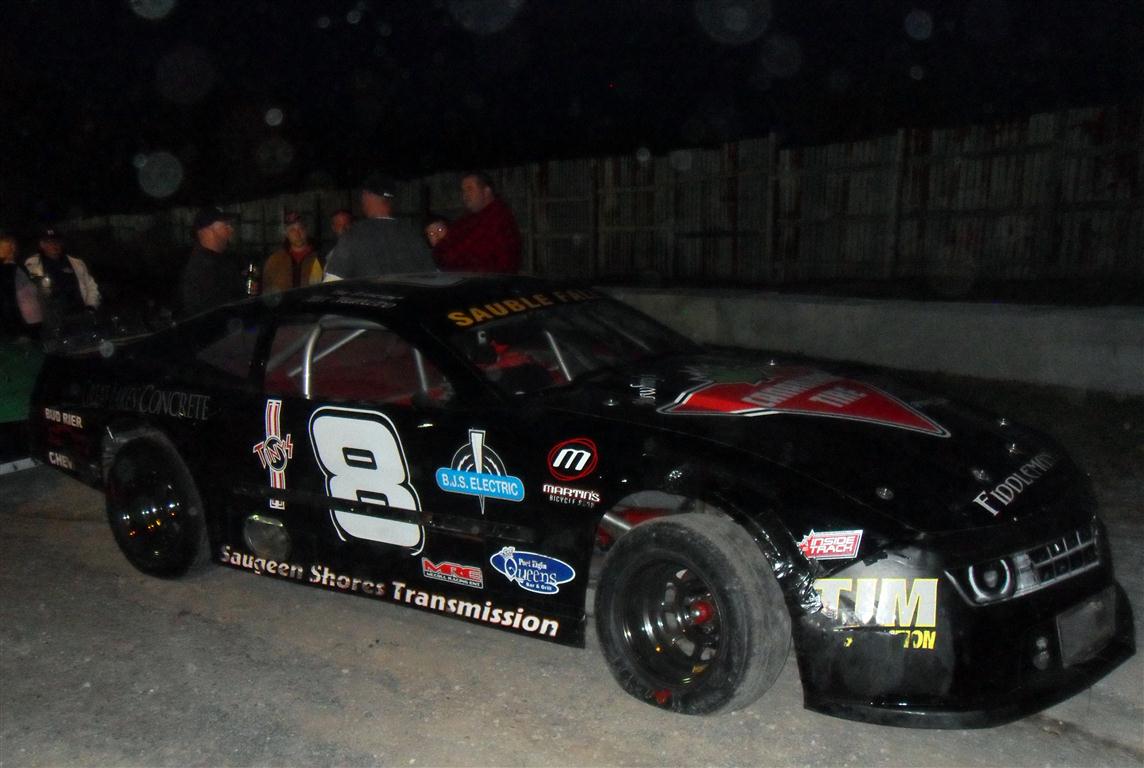