Matt Pritiko enjoys solid results in first half of 2012 season

LONDON, ON – During the first half of the 2012 Ontario Late Model season, Matt Pritiko and his Global Warranty / Toyota-Town Toyota Camry have had the speed to be competitive, and he’s confident that the results will be even better in the second half of the year.

The first event of the season was May 25 at Delaware Speedway, and Pritiko was able to wheel his #21 Toyota to victory lane during one of the early segments to the night. “That was when I knew we were going to have a fast car all summer. We missed one of the practice days, and didn’t get many laps during the other because we had some problems,” Pritiko said. “This was a great way to open the season.” 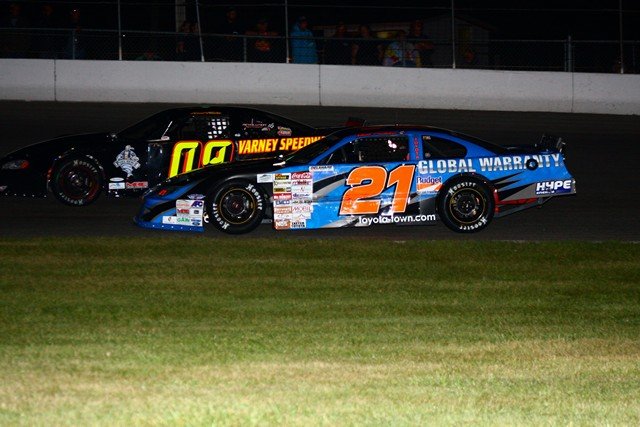 Since that race, Fridays at Delaware have been a source of frustration, as the team has suffered at least one flat tire every night. “It’s nothing but bad luck. We’ve still managed to finish almost every race in the top-five despite all the flats. There were a couple of the nights when we had flats under green, came in, lost two laps, and were able to make them back up to finish inside the top-five, which says a lot about our Global Warranty team.”

In addition to his home track, Pritiko has hit the road a number of times, including May 27 at Sunset Speedway, just South of Barrie. “That was only the second time I’ve ever raced there, and we ran well.” 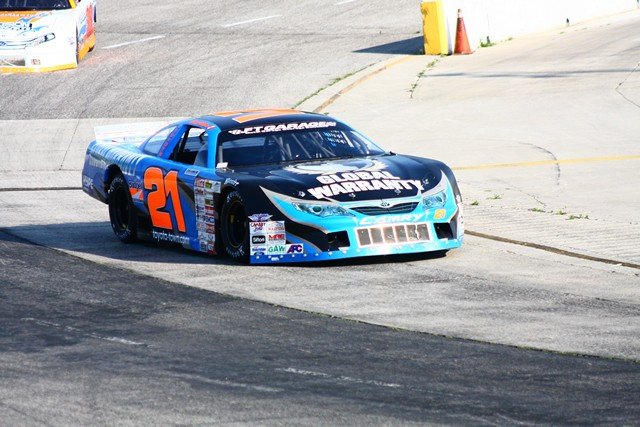 In heat race action, Pritiko finished sixth and second before posting a strong run in the feature. “Our car got really loose at the end of the race, but we were able to race our way up to seventh against a lot of guys that race there weekly.”

Continuing his tour of Ontario, Matt made the haul to Sauble Speedway on the Civic Holiday weekend for the ‘Beat the Heat’ 150, the highlight of the Late Model season at the Sauble Beach ¼-mile.

In his qualifier, Pritiko showed some speed in the high line as he passed two cars to finish second. In the two-part 150-lap feature, Pritiko started third and moved to the second spot early in the event. A pair of early yellow flags slowed the field, and as the field was turned loose on lap 16, Pritiko started to pressure the lead Brandon Watson. Matt found a way past, but was overtaken for the lead after a 25-lap stint on the front, and would up second in the first segment of the race leading into a pit stop at the halfway point. 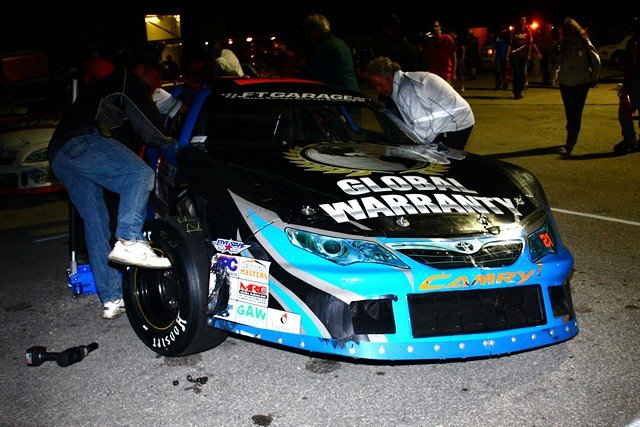 Pritiko continued to run strong in the yellow free second half, and brought his Global Warranty racer home with bronze medal finish. “Sauble is the highlight of our season so far. It’s a very technical track, and there are two distinct lines. You can move the car around and try to get it working better that way. We had a good car all night, and led 25 laps.”

The Global Warranty Racing Team will be back in action tonight at Sunset Speedway for the final race of the Summer Shootout Series followed by events at Delaware Speedway. “After Sunset we race at Delaware this Friday. We’re trying to go to Flamboro Speedway on Monday, August 20, for the Inaugural Gold Rush, and then we’ll be at Delaware on Labour Day for the Great Canadian 200. We’ll be in top gear for that one. We had a second-place finish in that event last year, and it’s the biggest one of the season at our home track.” 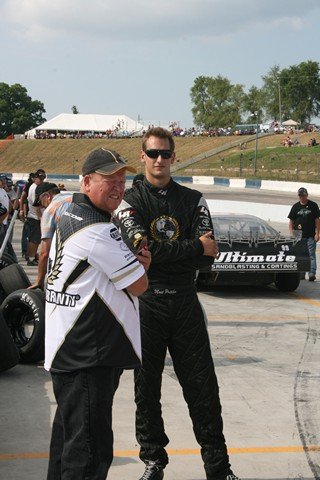 Release and photos by maudsleymotorsports.com