TORONTO, ON – The Canadian Motorsport Hall of Fame will hold its 19th Gala Induction Ceremony on Saturday, September 28 in the CBC Toronto Building’s Glenn Gould Theatre. For the first time ever, Inside Track Communications – the publishers of Inside Track Motorsport News – is partnering with the CMHF to produce the Official Induction Ceremony Gala Program for the event.

The Gala Induction Ceremony Program will include features on the history and future of the Hall, biographies on the new inductees, a listing of past inductees, Gala details and more. The Official CMHF Gala Induction Ceremony Program will be distributed at the Gala and will be included with mailed subscriber copies of Inside Track Motorsport News. It will also be available as a free electronic flipbook on the CMHF and Inside Track Motorsport News websites. 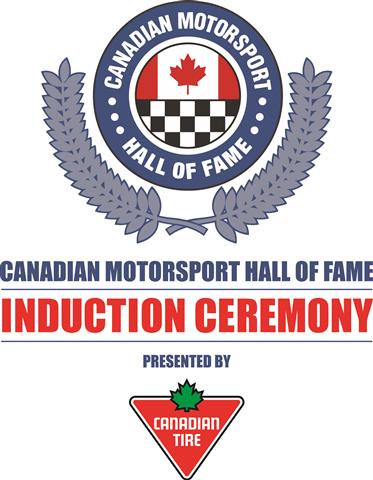 “We are pleased to be working with Inside Track to produce a comprehensive, informative and entertaining program to celebrate this year’s Canadian Motorsport Hall of Fame Gala Induction Ceremony,” said Sid Priddle, on behalf of the CMHF. “For the first time in the Hall’s history, we’ll have a substantial, widely distributed program that celebrates the new and current inductees, in addition to educating Canadian racing fans about the past and future of our Hall of Fame.”

Speaking on behalf of Inside Track, Co-Publisher David Weber said, “We’re extremely excited to be producing the Official Program for this year’s Gala Induction Ceremony. The Canadian Motorsports Hall of Fame is very important to preserving and promoting Canada’s racing heritage and we’re looking forward to working with the Hall to produce a high-quality collector’s item celebrating this historic Gala. By sending it to our subscribers – in addition to distributing it at the Gala – it will be something that all Canadian racing enthusiasts can enjoy while learning about the Hall and its inductees.”

For information on participating in the Official CMHF Gala Induction Ceremony Program, please call Inside Track at (416) 962-7223 or e-mail ads@insidetracknews.com. Media kits are available upon request.

ABOUT THE CMHF: Historical Background: The initial concept for the facility was a place to honour and recognize the efforts, achievements and contributions that Canadians have made to the realm of Canadian motorsports.

The Canadian Motorsport Hall of Fame was officially opened in 1993, and began inducting honourable members in that year. The first set of inductee recognition panels was displayed in a special section at the Canadian Sports Hall of Fame at the Canadian National Exhibition grounds. The space permitted the display of only one vehicle, highlighting the need for a larger facility.

In the years since its founding, the CMHF has been housed in several locations, including downtown Toronto, the Warplane Heritage Museum in Hamilton, Ontario, the Sports Hall of Fame building at Toronto’s Exhibition Place and in Halton Hills, Ontario, northwest of Toronto.

Over the years, more vehicles and items have become available to the collection and a massive archive has been accumulated documenting Canada’s motorsport history. The Board is now looking to the future needs of the Hall of Fame and has embarked on a partnership to secure a new facility that will allow the collection and archives to be housed in an expanded, common building. For more information about the CMHF, visit www.CMHF.ca.