After taking off the majority of the 2020 season, it didn’t take drag racing’s winningest driver, John Force, long to get back into the winner’s circle, scoring his second four-wide victory in just his fourth race after a year-long shutdown.

Canadian Motorsport Hall of Fame member Dave Mathers recently began telling stories about racers and other characters in Canadian motorsports, in a column in Inside Track Motorsport News. But as an avid fan, we thought we’d also give him a chance to talk about current events in the world of racing, and do it online every week on InsideTrackNews.com. Titled, “Monday Morning Motormouth,” Dave will share his thoughts. Welcome aboard, Dave! (Greg MacPherson).

NHRA was at Charlotte for Four-Wide Racing this past weekend and they knocked it out of the park!! Friday’s qualifying was ‘underwhelming’ as only two Funny Cars made full passes in Round One qualifying.

Come Sunday, traction was awesome in all four lanes. Congratulations to the track prep crew. John Force qualified ‘Number 1’ for the floppers and flat outpowered the field for the win.

Daughter Brittany qualified number one in Top Fuel and eventually was runner-up to Steve Torrence.

Another Steve, Stevey ‘Fast’ Jackson, won the Pro Mod field from the ‘Number 4’ spot. Dallas Glenn qualified tenth in Pro Stock but waded through the field for the win. Although I’m not a big fan of Four-Wide, this event may have changed my mind!!

On to NASCAR. Rick Hendrick cars finished one, two, three AND four at Dover. What an accomplishment!

Several cars missed the setup and had tire problems: not a good thing on that ‘self cleaning’ concrete surface.

Over in the Xfinity Series, points leader Austin Cindric won the race. I’m not sure how the NASCAR handicapping matrix works but ‘number two’ points guy, Daniel Hemric, started on the pole while the points leader Cindric started 16th. 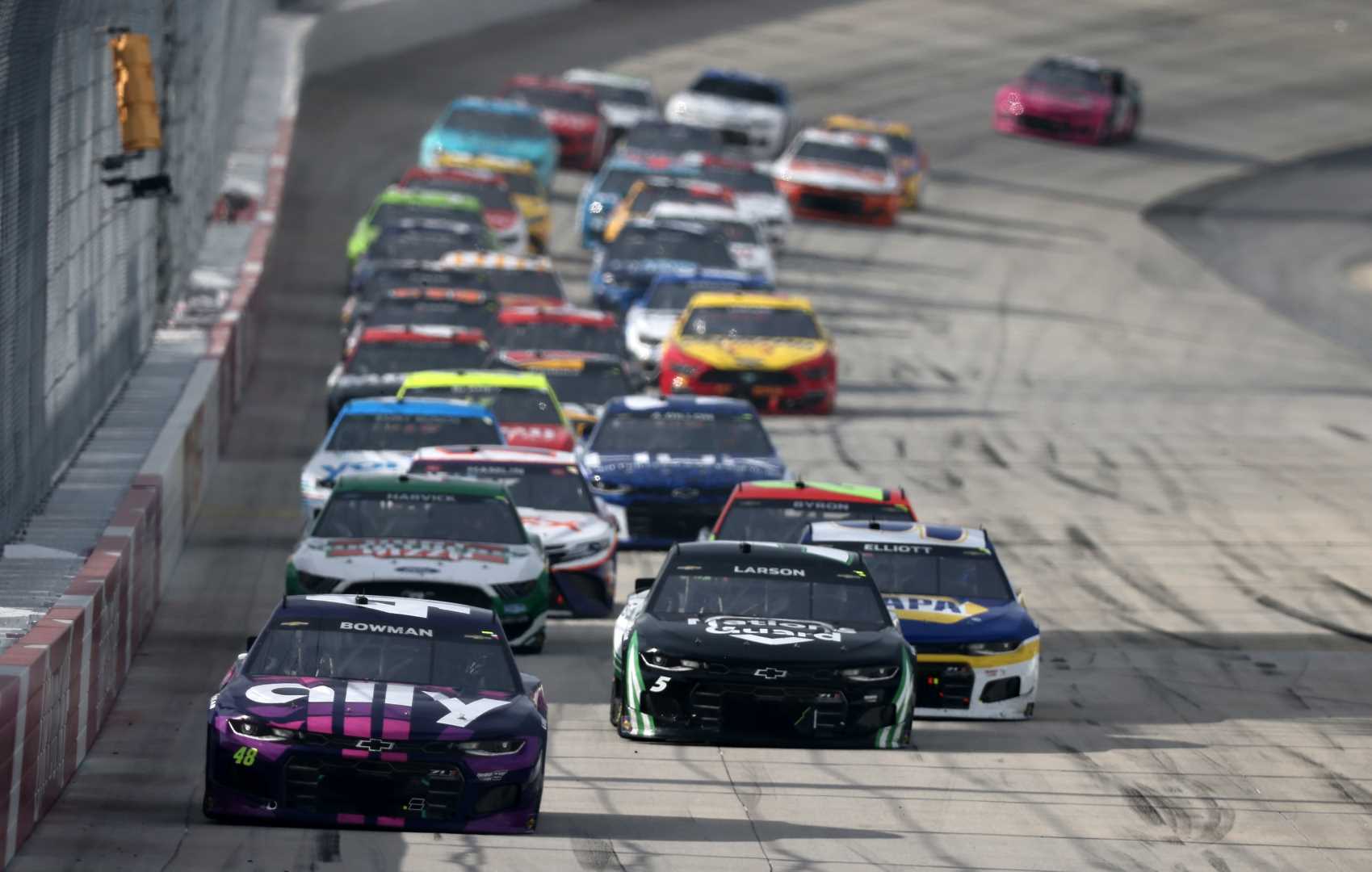 PHOTO: Alex Bowman, driver of the #48 Ally Chevrolet, leads the field during the NASCAR Cup Series Drydene 400 at Dover International Speedway on May 16, 2021 in Dover, Delaware. The race finished with a ‘one, two, three, four’ finish by the Hendrick Motorsports team (Photo by James Gilbert/Getty Images).

And kudos to NASCAR for implementing a wonderful new ‘cost containment’ program over the last two years. I realize the pandemic has mandated changes but this one is great.

No practice, no qualifying and starting lineups based on a complicated ‘formula’ which surprisingly has worked extremely well! Well done.

With little or no fans in the stands, the tracks also save on some staffing for practice and qualifying. Even better was seeing the crew members with no masks!! Paging Ontario Premier Doug Ford?

IndyCar still seems to have trouble completing the first lap this year without some ‘contact’! And their starts need work.

It was good to see Romain Grosjean start from the pole on the Indy road course and finish second.

Rinus VeeKay won the race and it was really cool watching his father’s emotions during the race.

Great camera work. It was a good race overall with some close racing, sometimes too close!! I’m not sure how much longer the Jimmie Johnston experiment is going to last as he started twenty-third and finished twenty-fourth. ‘Seven Time’ is much better than that.

In the IMSA race at Mid-Ohio, the finish was Acura, Cadillac, Mazda. Ricky Taylor and Felipe Albuquerque finished 0.368 ahead of Nasr and Derani. The Pfaff Porsche 911 GT3R ended up sixth in GTD.

Is it time for Formula One to do away with their ‘stewards’?

They have effectively transformed the top racing sport in the world into ‘club’ racing. It seems that at every race we hear – during the race – those dreaded words, “the stewards are looking at (pick a topic/driver).’

The ‘track limits’ debacle has gone from the sublime to the ridiculous. There were more than 60 of them during the recent Portugal weekend alone.

If F1 is interested in selling more tickets, they should make the racing more exciting instead of the existing ‘follow the leader’ format. My opinion: ‘if it’s paved, let them race’!

That works well for NASCAR, everywhere except Daytona and Talladega. We read on a regular basis about cost controls in F1.

A good start for that would be to reduce the number of crew members ‘over the wall’ (I know, I know, there is no ‘wall’ in F1 pits) to four. That would save bringing the other 16 guys to the track where they have to be transported, fed and housed. After all, an F1 pit stop takes about two seconds!

Hopefully, after June 2, the local tracks in Ontario will be able to reopen as there is a bunch of pent-up demand out there. Many US tracks have reopened already.