Mathieu Bardier and Jonah Mutton drew front row starting spots for the 25 lap A-Main, and Bardier took the lead while Mutton dropped back due to mechanical problems. Bowman methodically moved forward and took over from Bardier shortly after the halfway point. Bowman cruised to victory in the nonstop race which went green-to-checkered in approximately seven and a half minutes. Bardier settled for the runner-up spot, followed by Dale Curran, Brett Stratford, and Dykstra.

Dykstra started the race in row six and needed to finish 12th or higher to clinch his second AST title. Dykstra charged forward and eventually took a fifth place finish. Dykstra finished 28 points ahead of Darren Dryden in the final championship standings, earning $5,000 for the title along with a Pinty’s VIP package for the 2023 Bristol Dirt Race. The top ten drivers in points earned at least $1,000 from the 2022 points fund, including Dykstra, Dryden, Mathieu Bardier, Jonah Mutton, Johnny Miller, Tyeller Powless, Allan Downey, Mike Bowman, Ashton VanEvery, and Brian Nanticoke. 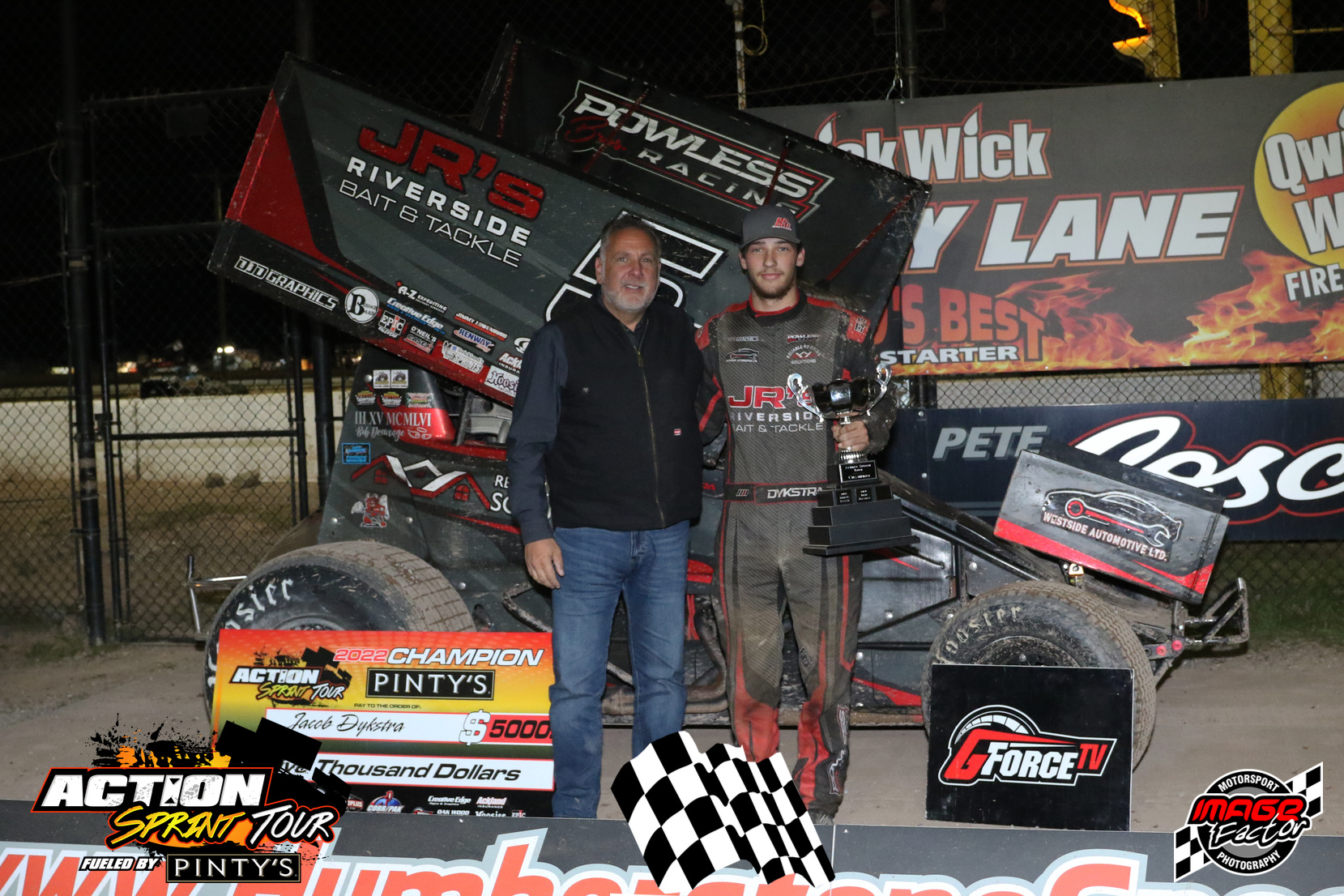 Make sure to visit the official website and social media pages of the Action Sprint Tour fueled by Pinty’s for news and updates on the 2023 season!

About the Action Sprint Tour fueled by Pinty’s: Founded in 2018, the Action Sprint Tour is a traveling Winged Crate Sprint Car Series based in Ontario, Canada. Action Sprint Tour cars are powered by GM 602 crate engines modified specifically to fit a Sprint Car chassis. Each points-paying event on the 2022 schedule will pay a minimum of $1,000-to-win and $150-to-start, and selected events will be broadcast live on GForceTV. The 2022 championship winner will be rewarded with $5,000 and a Pinty’s VIP package for the 2023 Bristol Dirt Race, while 10th place in the championship standings will pay $1,000. The 2022 Action Sprint Tour is made possible with the support of Pinty’s Delicious Foods. Visit www.actionsprinttour.com for more information.