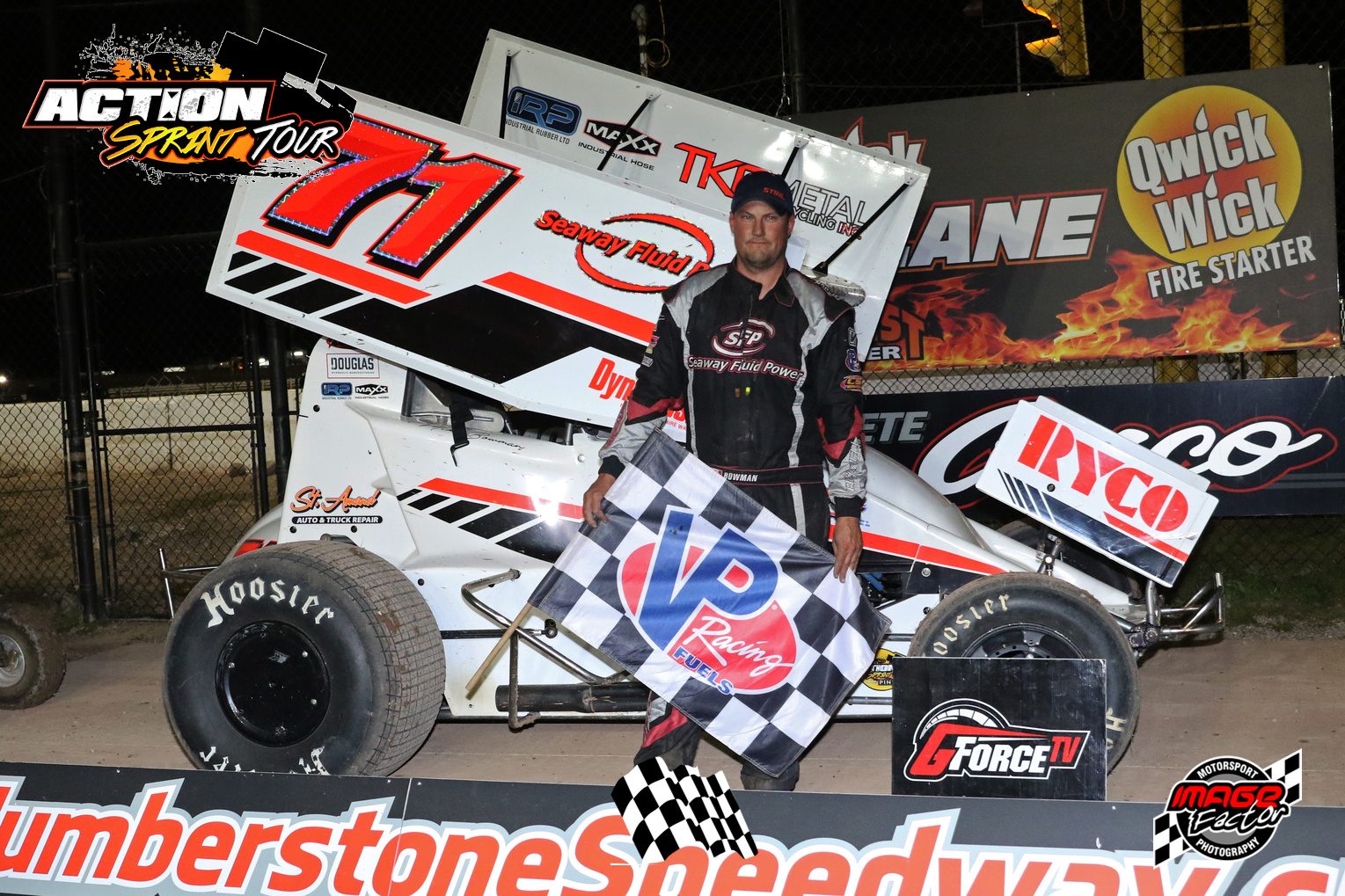 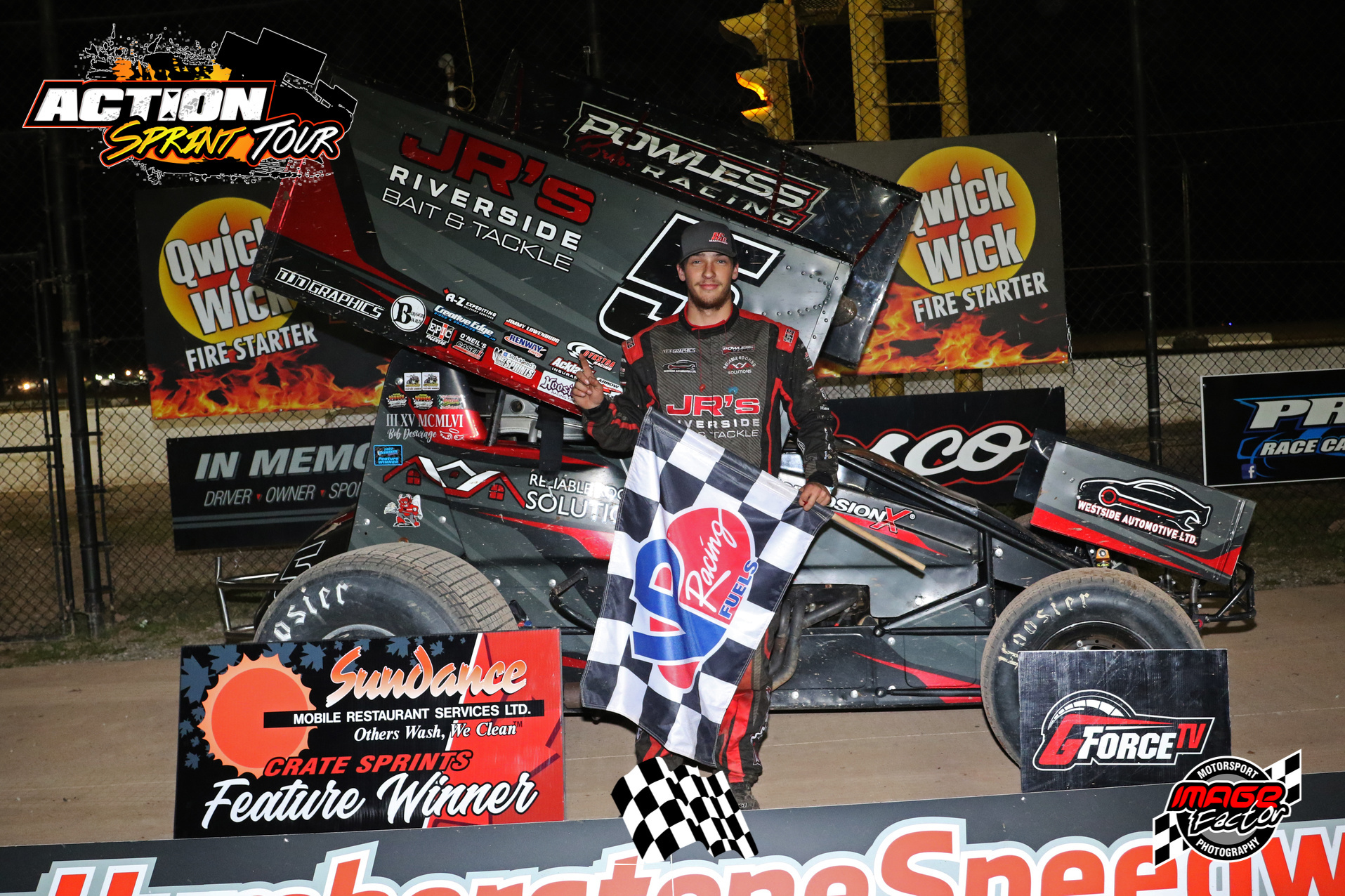 Lance Erskine and Tyeller Powless drew front row starting spots for the 25 lap A-Main; the yellow flag quickly appeared when Powless and Allan Downey made contact, causing Downey to spin and collect championship contender Mathieu Bardier. The contact appeared to damage Bardier’s front end, but his crew made repairs to get him back on track.

Erskine took the lead on the restart, but Bowman quickly advanced to take the lead on lap four with championship points leader Jacob Dykstra in hot pursuit. Another yellow flag was needed for a Sheldon Bender spin which collected John Cadman and Brian Nanticoke, and title contender Darren Dryden used the restart to take third from Erskine.

Bowman and Dykstra made daring moves in traffic as the race wound to a conclusion. Dykstra cleared several lapped cars in turns one and two on the last lap, but it appeared he was going to run out of time. Bowman slowed to avoid Ashton VanEvery’s stopped car in turn four, however, which allowed Dykstra to cross under the checkered flag side-by-side with Bowman. Electronic timing and scoring showed a tie between the two down to the thousandth of a second, leading officials to declare a dead heat. Bowman and Dykstra shared the win, while Dryden, Erskine, and Powless rounded out the top five.

About the Action Sprint Tour fueled by Pinty’s: Founded in 2018, the Action Sprint Tour is a traveling Winged Crate Sprint Car Series based in Ontario, Canada. Action Sprint Tour cars are powered by GM 602 crate engines modified specifically to fit a Sprint Car chassis. Each points-paying event on the 2022 schedule will pay a minimum of $1,000-to-win and $150-to-start, and selected events will be broadcast live on GForceTV. The 2022 championship winner will be rewarded with $5,000 and a Pinty’s VIP package for the 2023 Bristol Dirt Race, while 10th place in the championship standings will pay $1,000. The 2022 Action Sprint Tour is made possible with the support of Pinty’s Delicious Foods. Visit www.actionsprinttour.com for more information.