ALLMENDINGER TO DRIVE THE PENSKE RACING NO. 22 SHELL-PENNZOIL DODGE IN 2012 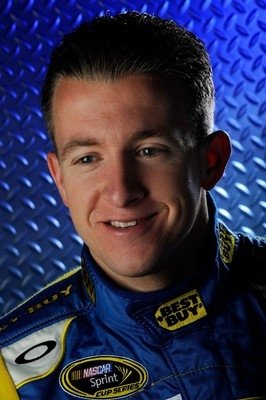 MOORESVILLE, N.C. (December 21, 2011) – AJ Allmendinger will join Penske Racing as the driver of the team’s No. 22 Shell-Pennzoil Dodge Charger for the 2012 NASCAR Sprint Cup Series.

Allmendinger, who has competed in the Cup Series since 2007, is coming off a NASCAR career-best season that saw him finish 15th in the series standings while battling for a position in the Chase for the Championship. The 30-year-old native of Los Gatos, Calif., earned one top-five, 10 top-10 and 22 top-15 results in 2011 while driving the No. 43 car for Richard Petty Motorsports.

“I am really excited about the opportunity to join Penske Racing and drive the No. 22 Shell-Pennzoil Dodge in 2012,” said Allmendinger. “I have always admired Roger Penske and the way his teams compete and win in every series where they race. It is a privilege for me to represent such iconic and respected brands as Shell-Pennzoil, AAA and Dodge. I am honored to join Penske Racing and I will do my very best to continue to build on the standard of excellence established across the organization.”

Allmendinger will join a winning team that’s poised to compete for a position in the 2012 Cup Series Chase. The No. 22 Shell-Pennzoil Dodge team produced two wins, three poles and 16 top-10 finishes in 2011 and earned a spot in the Chase. Allmendinger will be paired with crew chief Todd Gordon, who led the Penske Racing No. 22 Nationwide Series team to six victories last season and was named last week as the new chief of the Shell-Pennzoil Dodge.

“AJ is a very talented and motivated driver and we believe he will be a terrific fit with our team,” said Roger Penske. “He has shown great promise and consistent results on the track over the last few seasons and working with Todd and the Shell-Pennzoil Dodge team will allow him to take the next step and compete for race wins and a spot in the Chase in 2012.”

The new team allegiance will see Allmendinger moving from Richard Petty Motorsports, which went through a series of ownership and management changes since Allmendinger joined the group late in 2008. Despite the off-track dynamic,  Allmendinger overcame the challenges as he continued to deliver improved results for the team, year after year.

Allmendinger first competed in the No. 44 entry for RPM, which did not have the sponsorship in place to run the full 2009 Cup season.  Allmendinger stepped up to the challenge, funneling prize money earned from strong finishes back into the race program, allowing the No. 44 Dodge entry to run every race of the year. That strong effort saw the Californian asked to carry the colors of the iconic No. 43 starting in 2010, and he continued to deliver improved results.

“I want to thank everyone at Best Buy for their support,” offered Allmendinger. “Last year at this time, we didn’t even know if we had a program in place, but Best Buy jumped in and was a key partner as the No. 43 had it’s best finish in the championship in years.  I feel like the people at Best Buy are part of our extended family at Walldinger Racing, and I wish them the best of success in the future. I also want to thank all my guys at Petty. I appreciate all the hard work and dedication from everyone, through some sometimes tough circumstances.”

The 2012 season will see Allmendinger return to driving Dodge machinery as he targets his best season yet in his sixth NASCAR Sprint Cup campaign.

“This is an excellent opportunity for AJ,” said Tara Ragan, Vice-President of Walldinger Racing, which manages AJ Allmendinger’s motorsports interests. “We had to make some tough decisions over the last few days, but these moves will put RPM in a healthier position and help to make sure AJ’s guys all have a place to work in the future. I want to thank all our partners for their support in getting AJ to this point. It is an honor for AJ to have his talents recognized by icons like Richard Petty and Roger Penske, and he is fully committed to making the most of this opportunity.”

2019 Dodge Challenger Lineup: No Rest for the Wicked, Indeed